It’s Spring Break at my university, which means my students are getting a break, and I’m spending my time giving them feedback on their midsemester portfolios! Them’s the breaks, once you’re the instructor. It is nice to be able to work at home, though on Monday, I had company from a sick M, which made working not exactly possible. Poor bug had a nasty fever along with the DST time change, and let’s just say that’s been a BRUTAL combination and we are all very tired. Oh well. C’est la vie!

It hasn’t been ALL portfolio-feedbacking – I’ve finished one of M’s socks, and have made a good deal of progress on the second. Here’s a photos of her trying the in-progress sock on: 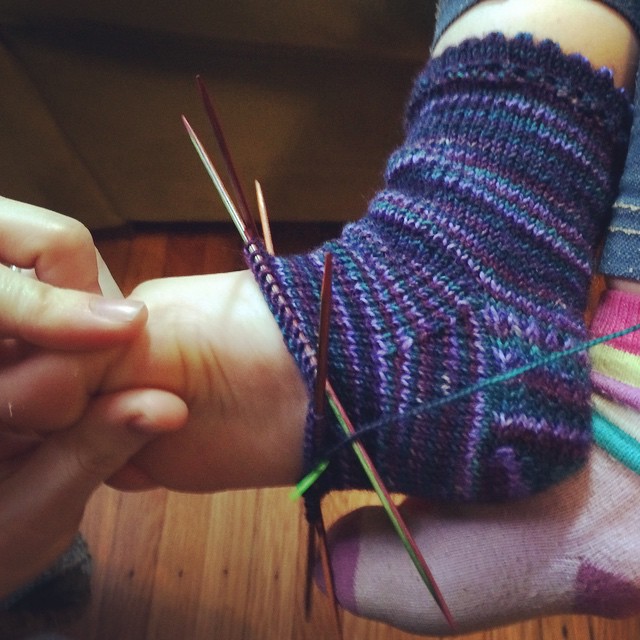 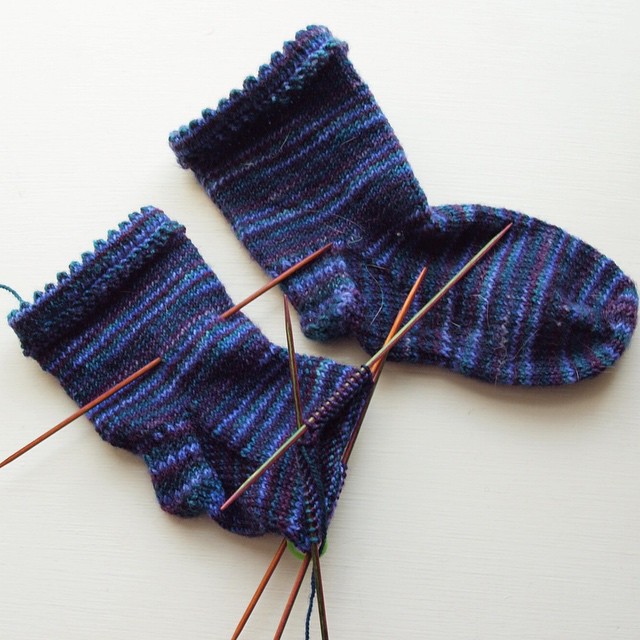 I decided, kind of on a whim, to try adding some slipped-stitches for the arch, as a sort of “arch support” similar to some of my storebought socks. M’s got crazy high arches (no surprise there, since A and I both have them, too), and I thought it might improve the fit. Here’s a closeup: 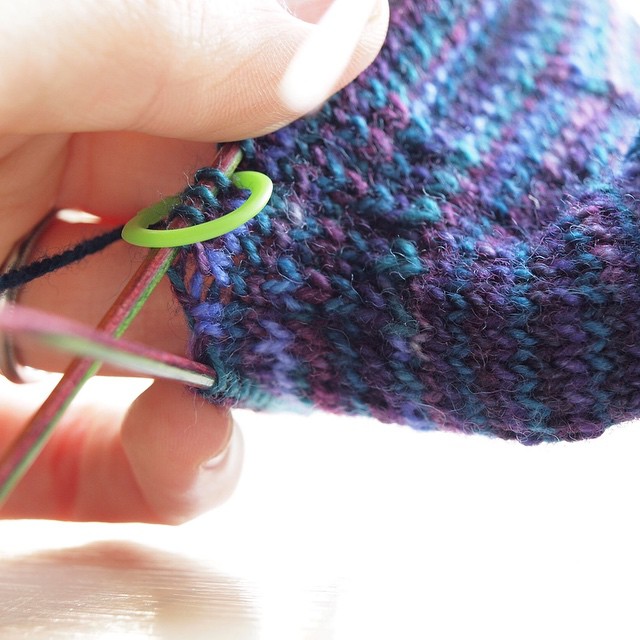 It seems to work nicely, so it’s something I might do if I ever knit socks for myself again. The “pattern” for these, by the way, is what I remember from my own socks that I knit from this yarn, but over 52sts instead of 64. Just basic stockinette socks with a heel flap, and some decorative stuff at the cuff.

I also cast on for a new project today: 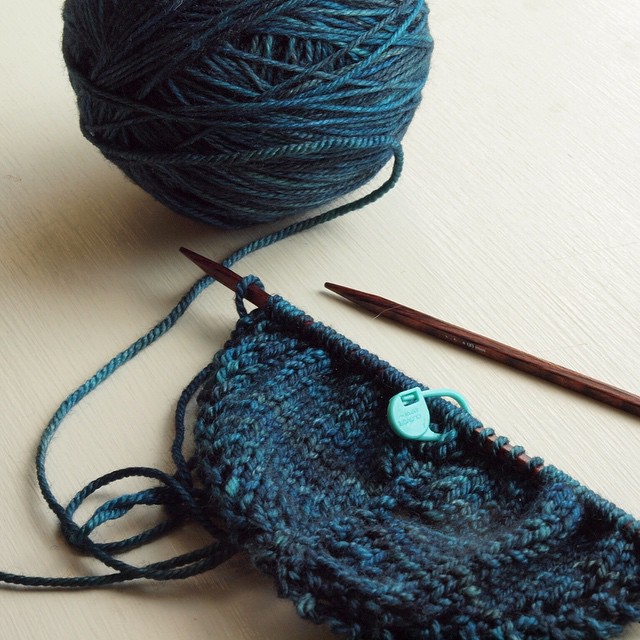 The pattern is Zuzu’s Petals, and the yarn is MadTosh Pashmina in “Cousteau”, which I received in a Good Mail Day Swap package. Isn’t it lovely? I think this will make a very nice addition to my “neck adornment device” collection that I am working to build up this year. You know, just as it’s starting to warm up and I won’t need warm things around my neck. I’ll have them for next year, at least!

It has become more Spring-like in time for spring break, but the end result of that had actually been pretty terrible. The rapid melting of the deeply-frozen (and insanely deep) snow resulted in ice-dams that pulled our gutters off on Monday: 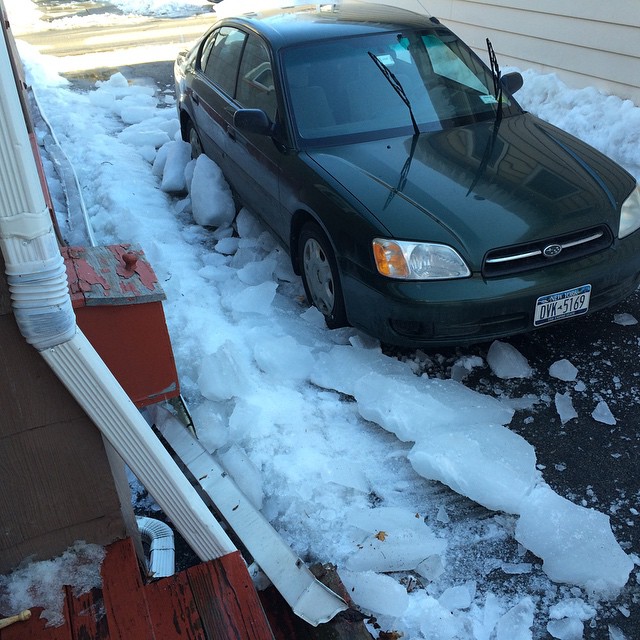 Thankfully, our car was mostly spared, but what I’m truly grateful for is that WE were spared – A and M had *just* come inside before this happened, and would’ve been crushed. Those ice boulders weighed over 50 pounds. It’s terrifying to think about. Then last night, at 3am, our next-door neighbor’s gutters (and, um, a good chunk of their eaves, too) came crashing down on the other side of our driveway – we didn’t really get to sleep again after that. It’s been a rough week on the sleep front. Here’s hoping for some sweet dreams tonight!