So, I didn’t end up working any more on Honeydew, but I did do quite a bit with the sweater of my own design that I’m making with my Jill Draper Makes Stuff Empire mega-skein. In fact, I’ve already finished the pocket AND started the first sleeve! 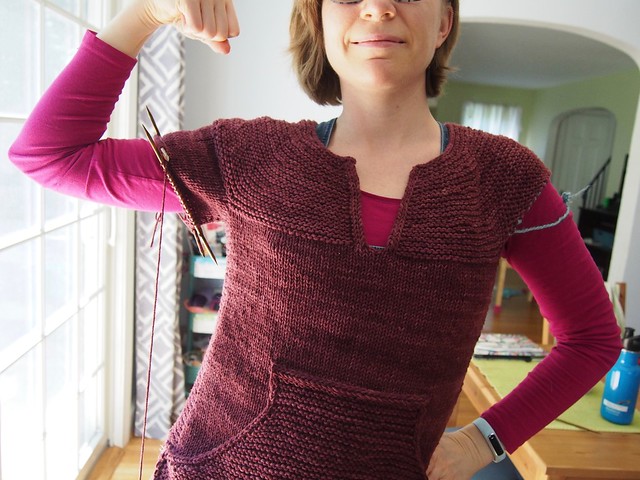 I’m quite pleased with the fit so far! 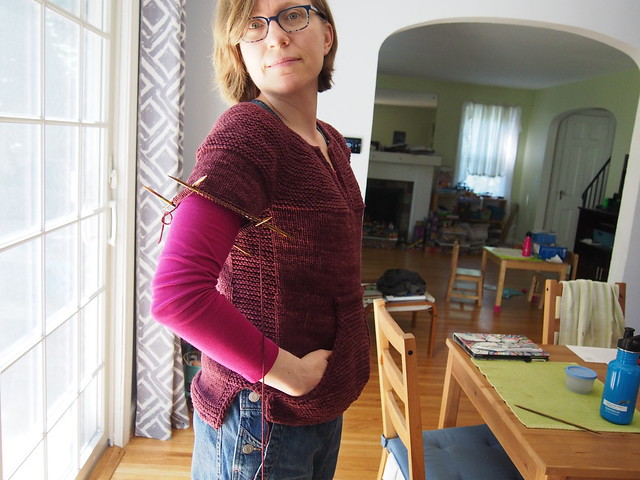 I ended up ripping out the pocket the first time I knit it, because I didn’t the shaping right, and I also came up with a better solution for the “fold-up” part: on my kid’s vests, I really did just fold it up, and then I edged around the ENTIRE pocket (including at the bottom) in i-cord. But that seemed like it was going to end up being unnecessarily bulky, so what I actually did was bind off in i-cord at the point where I wanted the “fold”, and then I picked up stitches from the legs of a stitch on each round of the i-cord, just like I had done to create the collar. It worked beautifully! 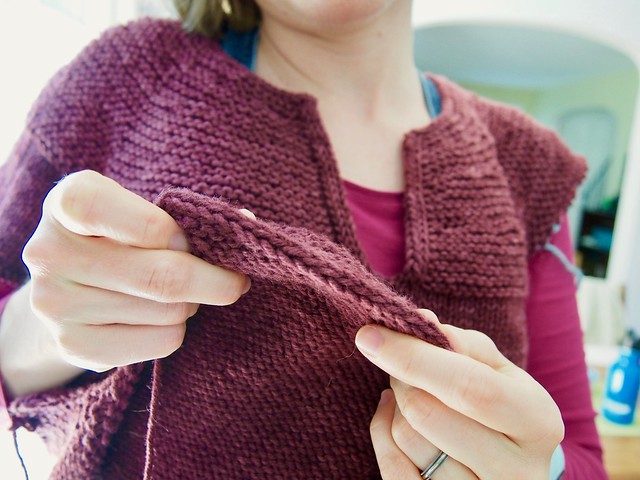 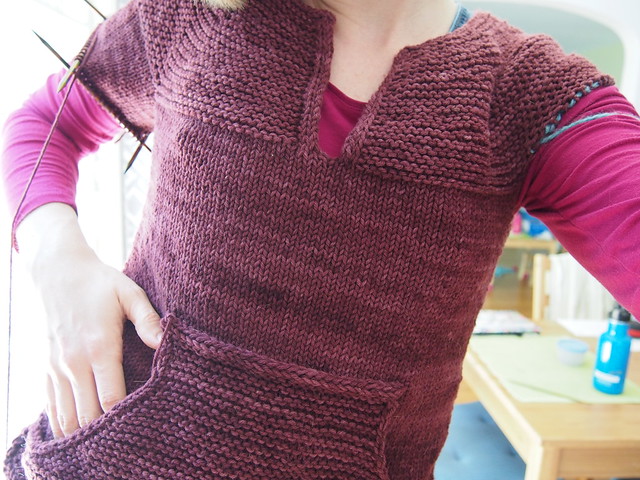 You may have noticed that I gave this sweater a fairly shallow yoke – that was intentional, because I wanted it to look good as a high cap-sleeved vest if the sleeves were left off. What this meant was that I needed to do some short-rows to fill in wedge between the sleeve cap and the armpit. 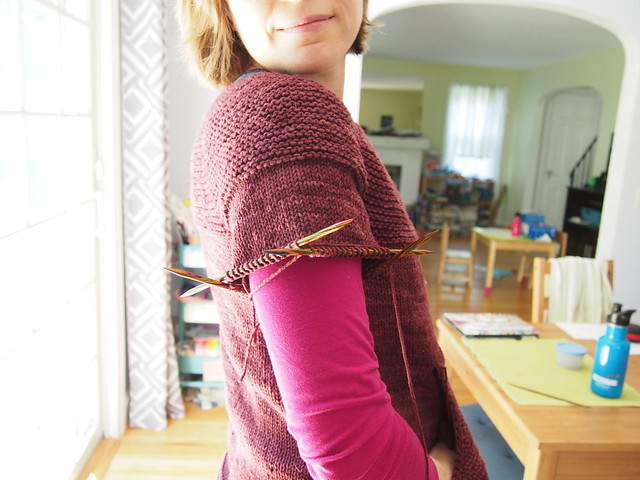 They’re really subtle, but they do the job! The sleeve fits great without pulling at the shoulder OR underarm bunching. 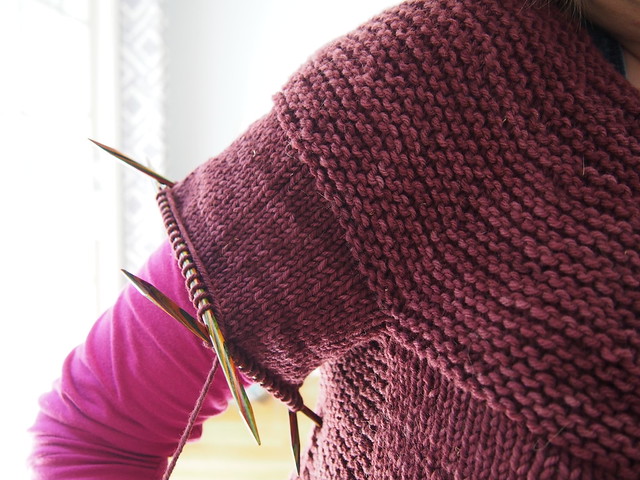 The underarm is fairly wide (12 stitches at 4sts/in) and I picked up 2 additional stitches on either side to close the gaps and did not decrease them away, so sleeve is deliberately fairly loose. This is because I wanted freedom of motion at the shoulder (I’m a violinist! This is very important to me!) and at an aran gauge like this, for a “sweatshirt”-style sweater, I prefer a looser sleeve. 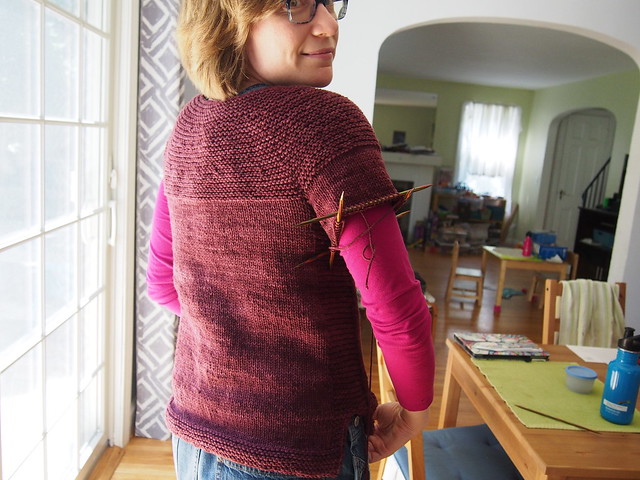 The other feature I love, that I can’t remember whether I’ve shared, is that the back bottom hem is a bit longer than the front. I just really like the look of it! 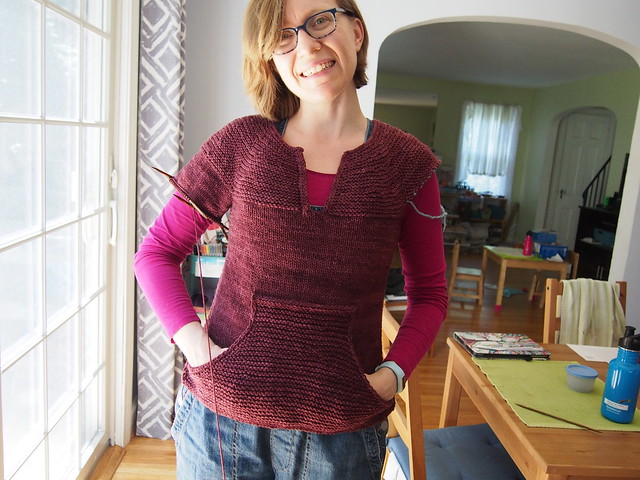 I’m still not 100% sure if I’ll ever write a pattern for this design, but if I don’t, I’m probably sharing enough details in these posts that a clever knitter could reconstruct a pattern for themselves, ha!

1 thought on “done with the pocket, on to the sleeves!”