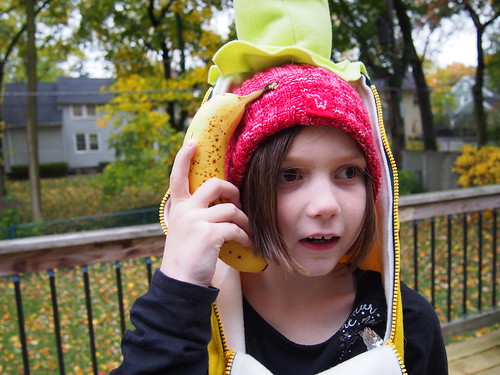 Taking a call on her banana phone

That’s right, my kiddo wanted to be a BANANA for Halloween. The word “banana” has been her very favorite “verbal stim” – if you’re not around neurodivergent people much, you might not know what that means, but basically, it was a word that felt really good to say, and she’d say it over and over as a way of creating pleasing, calming sensory input for herself. Banana banana banana. When I asked her, much earlier in the year, what she wanted to dress up as for Halloween, she replied, “banana banana” and I wasn’t sure whether she was just stimming, or whether she really wanted to be a banana, so I asked and the answer she gave me was “both!” (She was in fact THRILLED with the idea that she could actually BE a banana!) And once she decides something, it is DECIDED, so we’ve stuck to the plan. So yes, my kiddo is dressing up as her favorite verbal stim for Halloween! 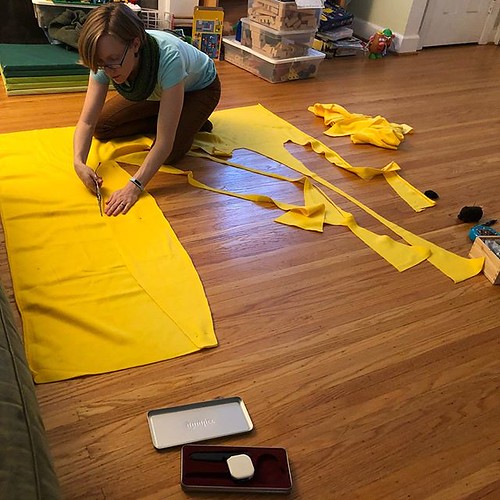 Because both M and I have “engineering brains” and find this kind of thing quite engaging, we spent quite a lot of time working together to develop a plan for the banana costume – our “banana planana“. (I mean, she’s not wrong – that IS fun to say!) We discovered that bananas are pentagonal, and the design went from there! 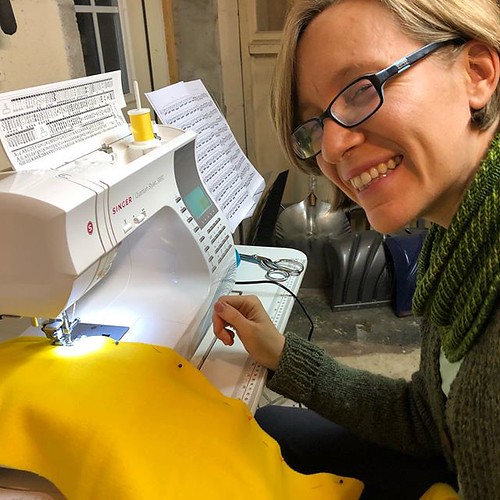 It took quite a bit of thinking to figure out how to place the zippers so that they opened the way they needed to, but thankfully my new sewing machine made the actual construction pretty easy – I’m *so* glad I got this machine! 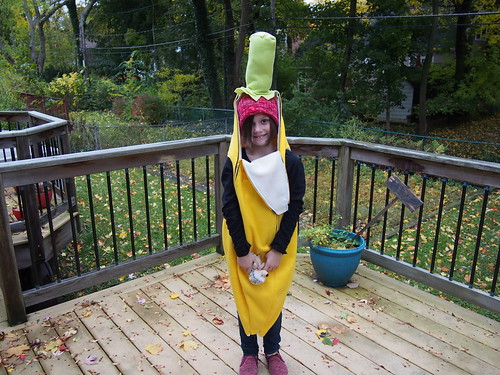 I’m pretty darned pleased with how it turned out – my sewing machine skills are still pretty rudimentary, but it looks pretty much exactly like what we were imagining! 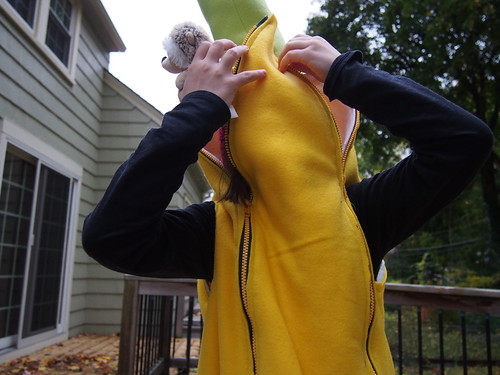 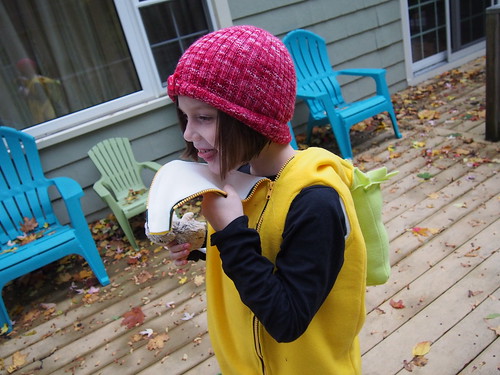 Tasting herself – turns out, fleece doesn’t taste like banana 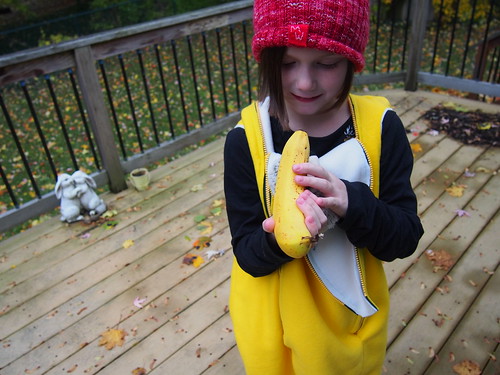 Our Halloween is going to be VERY wet (so much rain!) and my friends in the upper midwest have snow, but I hope everyone has a wonderful Halloween, anyway! Or if that’s not your thing, I hope that you have a great Thursday! 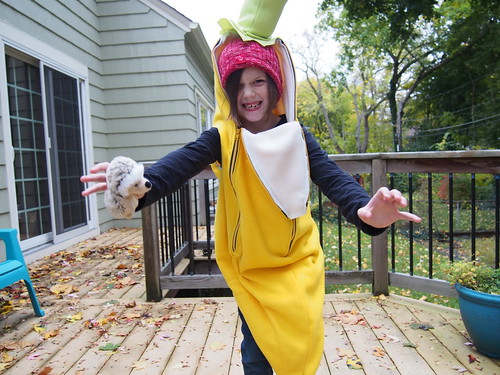