What is this crazy thing?? 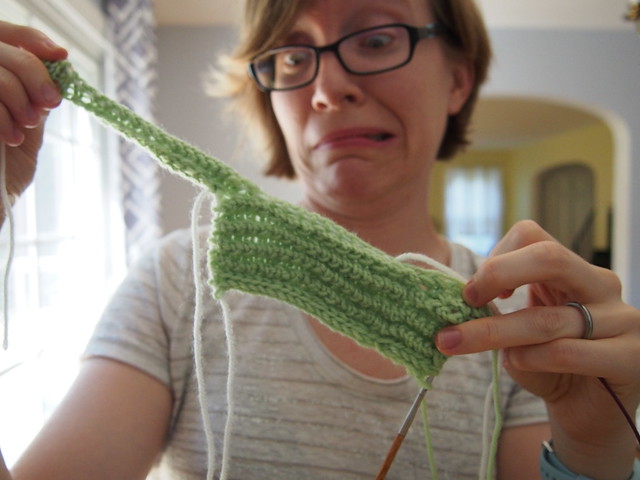 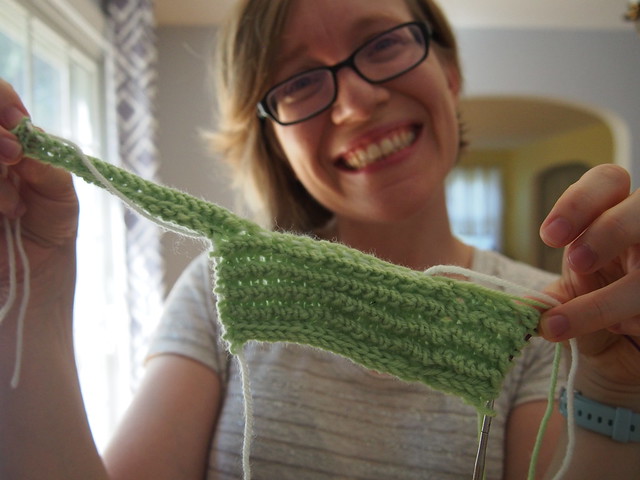 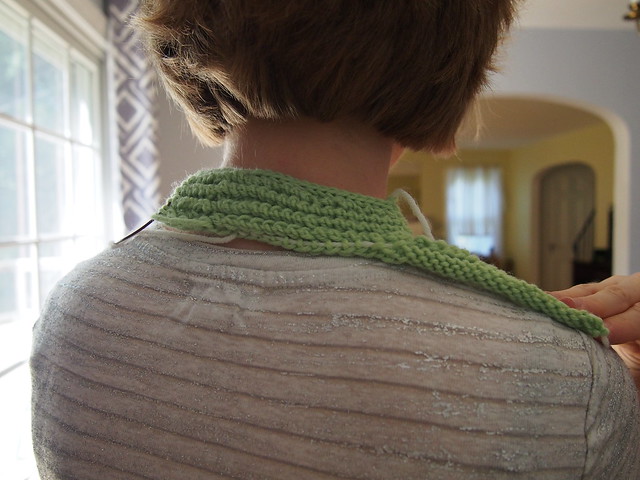 The “try it on as you go!” aspect of top-down knitting is just a little bit weird at this stage of the process, but it does look like it’s going to fit me well!

This is a very new way of knitting a sweater for me. It’s knit using Åsa Tricosa’s “Ziggurat” technique, and it’s fascinating! I watched the episode of Fruity Knitting where Åsa went into detail about each step of the process, so I have a decent grasp on how it’s all going to go together in the end, but it’s still a little mind-boggling at first.

So far, I’ve already learned a lot of new skills! She has you cast on using the “winding cast-on”, which is a way of casting on that lets you knit outward from either side – perfect for something like the back of a collar. In the photo below, I’m pointing to the center of the back neck, where I first knit outward to the right, and then knit leftward: 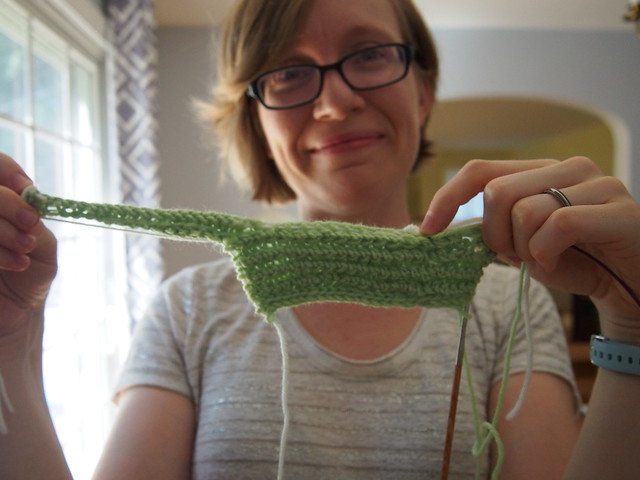 In addition to the winding cast-on, I also learned how to do German Short-Rows! I’d heard of them before, but had never actually done them, and Åsa very helpfully includes links to technique tutorials in her pattern, so it was quite easy to learn them and they seem to work really well! I still haven’t quite worked out in my mind HOW they work so well, so sometime I want to think through the stitch geometry a little more, but they’re very cool and super easy.

I also learned how to do Åsa’s version of the crochet cast-on to add those stitches for the right shoulder, and while slipping stitches is not “new” in any way, the way that the inner edge of the collar is created as a tiny bit of double-knitting is brilliant, and I’m totally going to steal the idea the next time I make something that needs a nice edge. 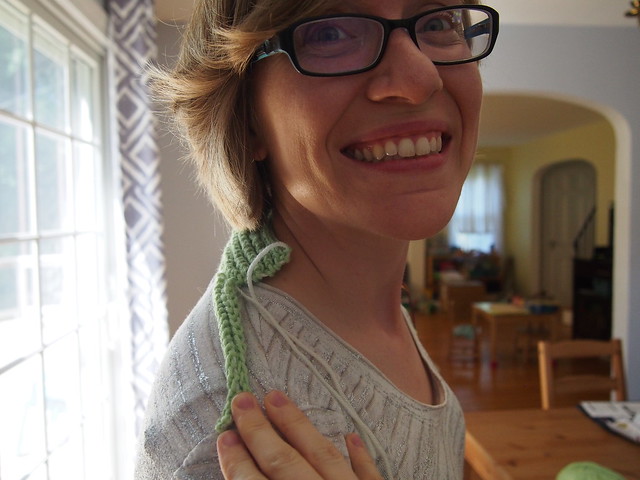 So far, so good! Soon enough it’ll start looking a bit more like a sweater in these posts, I promise!