So, remember how I expressed some reservations about how the Little Wave pattern was coming out in my Bartlettyarns 2-ply? And how I mentioned that maybe it would work better as a Farmhouse Cardigan? 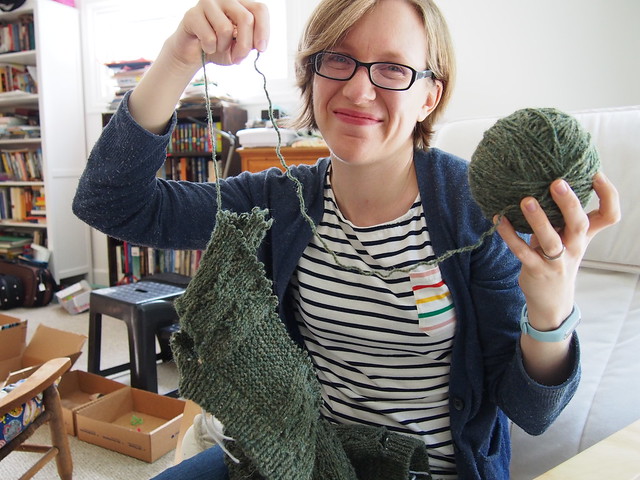 Well, sometimes I’m a little bit of a dumbass, because I kept right on knitting the Little Wave pattern up to the armhole, all the while harboring a suspicion that it was coming out a bit over gauge. Well, the fact that I was considering a Farmhouse Cardigan, which is knit at 16sts/4in, as a possible alternative to the Little Wave pattern, which is knit at 19sts/4in, maybe should’ve clued me in to the fact that I was more than just a BIT over gauge. Because guess what my gauge actually was on Little Wave? 16sts/4in. How hard is it to stop and check your gauge before you’ve knit half a sweater, self?! (My excuse is that the twisted stitch pattern on Little Wave is just so fun to knit that I didn’t want to stop. Still, that was NOT SMART.) 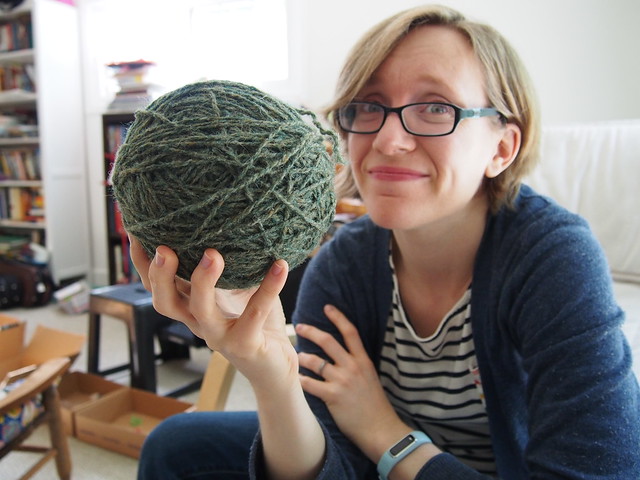 I spit-spliced the yarn while knitting Little Wave, so it came out in one GIANT ball

Anyway, it turns out I should have trusted those little whispers the yarn had been giving me from the beginning – it really wanted to be a Farmhouse Cardigan, so that’s what I cast on for. My gauge is perfect.

But because I’m me, I can’t just follow a pattern…so instead of knitting flaps for the pockets and joining them in later, I decided I’d play around with making double-knit pockets. It took a bit of trial and error before I figured out the best way of doing this in garter rib, but I’ve got a good system now! I made a couple of little videos to show how I’m doing this, both in case it’s useful to anyone else, but also so that I can remember what I’m doing in case I don’t finish the pockets before we leave for our trip. (I probably will, but I’m trying to be SMART this time!) So here are my very first two YouTube videos that I’ve ever created, which I’m going to try to embed in this post. I hope it works!

First, the video in which I explain how I set things up, and what I do on right-side rows.

Basically, I did a kfb in each of the 15 stitches of the pocket, which created pairs of stitches. Kfb makes a knit stitch with a little purl bump to the left of it, and the knit stitches became the “front” stitches while the purl bumps became the “back” stitches for double knitting. On right-side rows, I simply knit across the front stitches, slipping the back stitches with the yarn in front (running between the front and back stitches) the whole way across the pocket. That means that I *don’t* work the back (pocket-lining) stitches on right-side rows at all. Which means that the wrong-side rows have to be a little bit more involved…but I made a video for that, too! 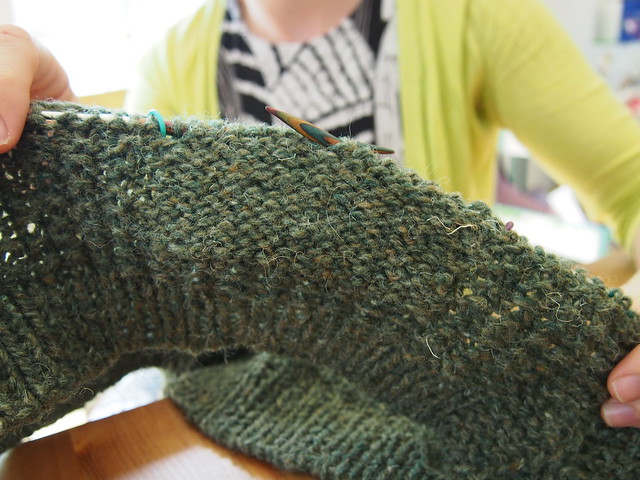 As you saw in the video, I like to do a little “sanity check” where I wedge my finger in the little gap between my needles and sweep my finger back and forth in the space between the two layers of the pocket – it’s my way of making sure I didn’t accidentally connect the two layers on the previous row! 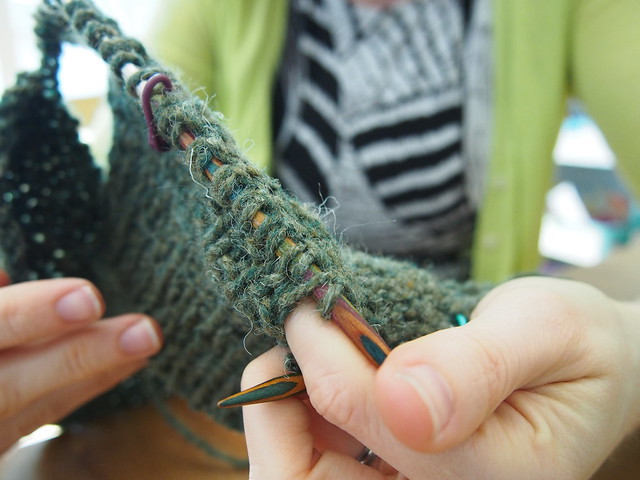 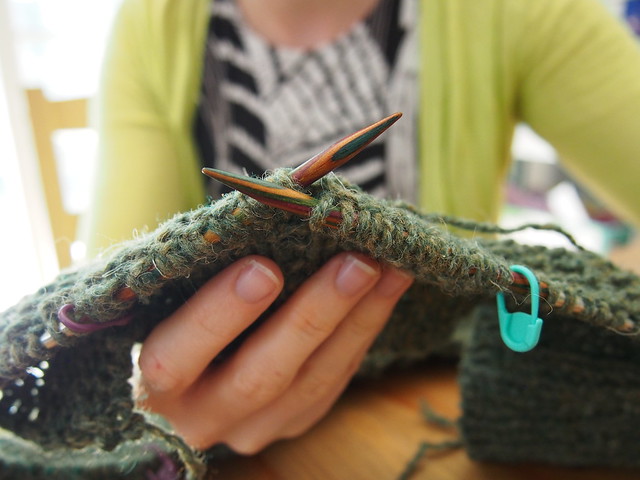 The Joy mitts were really the first time I’d ever done double-knitting (I know, how is that possible?) and now I want to try it all over the place! It really kind of blows my mind that I can create a pocket on a sweater, while I’m knitting the sweater, with a single piece of yarn…no need to break the yarn, or add a new piece, just one piece of yarn, and I end up with pockets. How magical is that?? 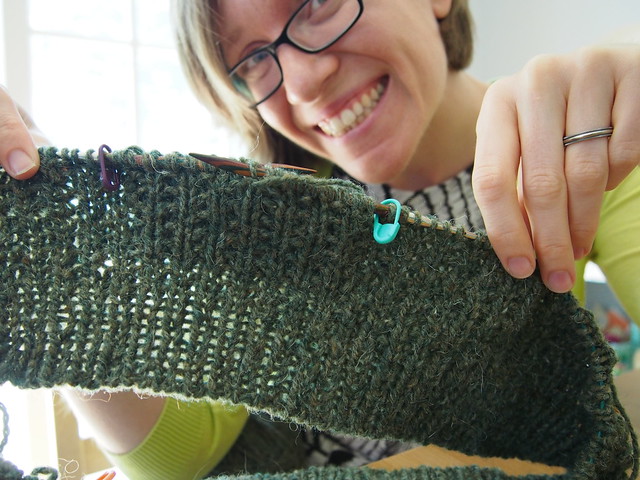 I wouldn’t say it’s any faster than knitting the flaps separately and joining them later – in fact, it might well be slower, but I’m enjoying it so much, and since I had that giant ball of yarn, I wanted to use it as continuously as possible, so this seemed like a great approach, and if nothing else, I’m learning a lot more about how double knitting works!

2 thoughts on “Sometimes, the yarn knows what it wants to be.”