I ended up bringing Elle Melle with me on our trip to Ohio, which ended up being an entire day longer than it was supposed to be due to car problems, which meant having an entire extra day of needing to be quiet (because my brother-in-law works 3rd shift and sleeps during the day) before the day of driving home…which meant a lot of knitting time! And so, as of yesterday, the body of Elle Melle is complete! 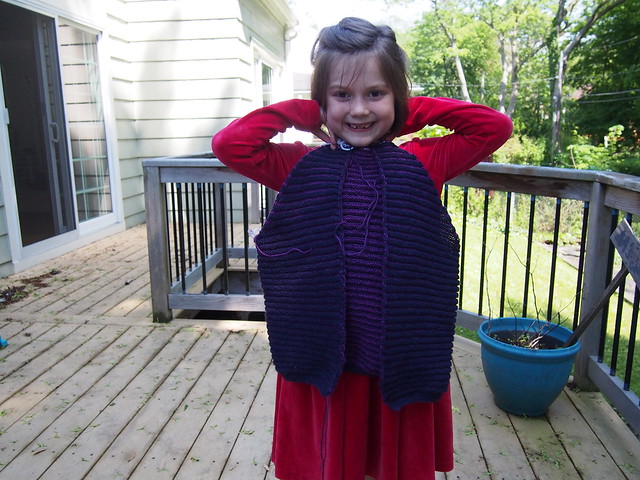 M helped “model” the sweater-in-progress yesterday…this kid is such a ham! 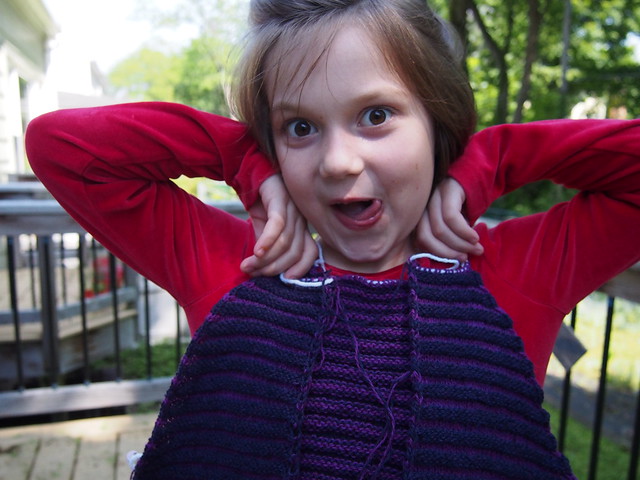 While I was knitting it, it seemed like it was coming out really big…like, almost the size of the Elle Melle I made for myself. But seeing it held up against M, it’s really more that my 7.5 year old kid is getting shockingly close to my own size, because the sweater itself looks like it’s going to come out loose but not ridiculously so in terms of the fit. 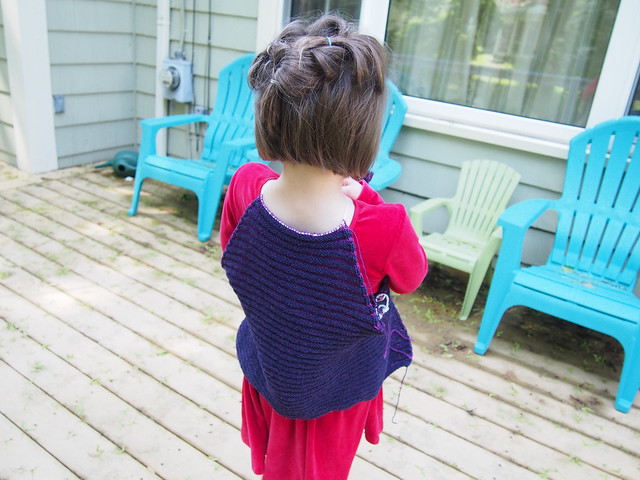 That messy messy hairdo is my attempt to recreate the braided hairstyle that one of her aftercare teachers gave her last week – I’m not adept at french braiding, especially with short, VERY slippery hair like my daughter has! Maybe I’ll get better with practice. She does look really cute with her hair half-up, no? 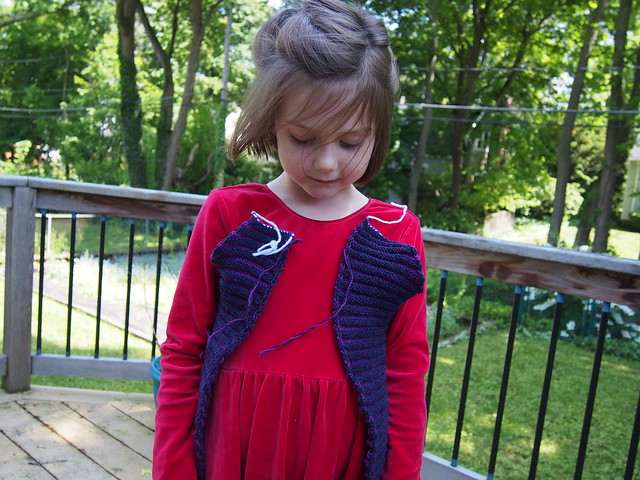 I started the first sleeve yesterday, and ran into the same problem that I have run into both of the other times I’ve knit Elle Melle, which is that, given the way that I understand the pattern directions for the raglan sleeve, I end up creating a saddle shoulder (with the sleeve coming out a consistent width, instead of increasing) instead of a raglan. I’m sure I’m misunderstanding the directions somehow…I’m going to see if I can reconstruct what I’ve done to resolve this issue in the past by looking at my own Elle Melle today (which I’m actually wearing, because it’s a strangely chilly early June!) 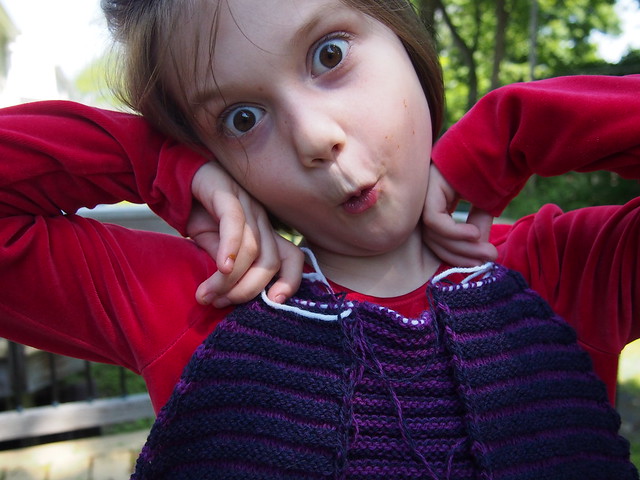 Hopefully I can figure it out! M has grown a lot in the last year, so many of her sweaters are due for a reknit in a larger size…this Elle Melle is the first one, and then I’ll be remaking her Stripes! sweater. Still hoping to find the beginnings of the Winter Traveler that I started for her last year, too. I’d love to make her a new version of the sweater that inspired my recent sweater, too, if I can find a good pair of yarns to use (I don’t think I have any in my stash in colors she likes, alas).

I love being able to make M newer, larger versions of the sweaters she loves…though it gets more and more challenging as she gets bigger, and knitting sweaters for her becomes almost as time-consuming as knitting them for myself!