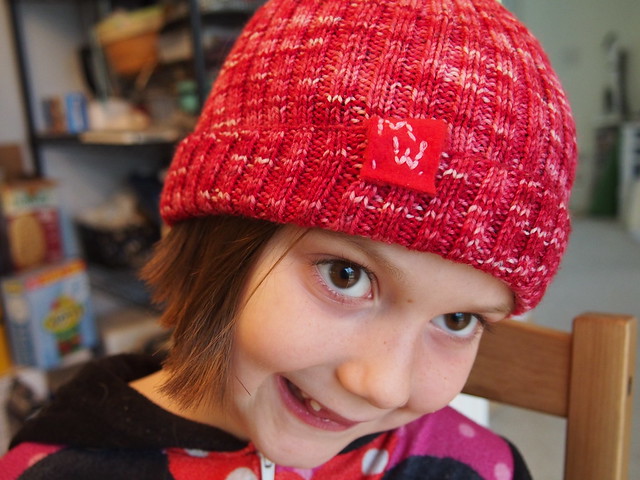 I finished M’s ribbed hat today! I decided to give it an extra little special detail, and stitched M’s initials onto a little strip of fleece that I then stitched onto the folded brim. My sewing wasn’t as neat as I’d hoped…and I’d briefly entertained the idea of stitching the initials through both sides (since M has awesome initials that are the same upside-down as rightside-up!) but that turned out to be trickier than I could manage. Maybe with more hand-sewing practice! 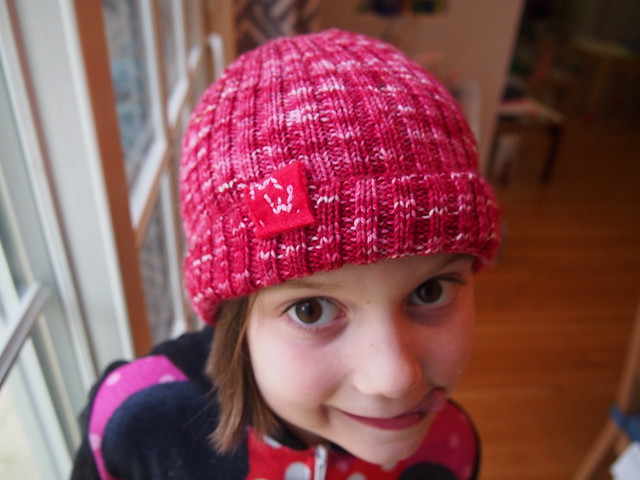 It was really hard to capture the color of the yarn with my camera – the color is “Shy Girl” from Madelinetosh and it’s a combination of mostly red with some pink and then little flashes of greenish yellow and blue. M loves it! 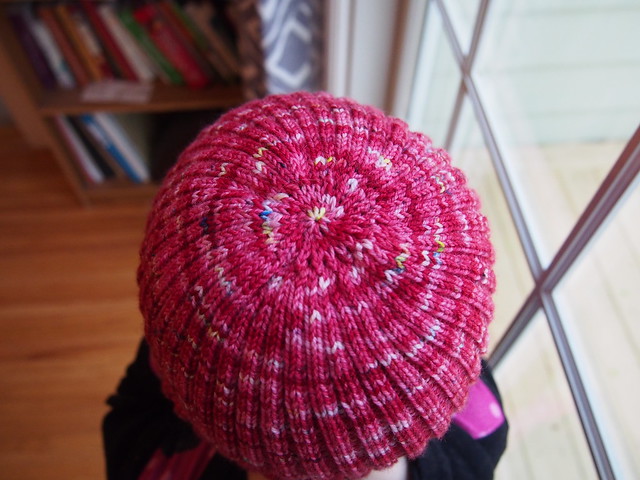 I also finished the knitting of the Octopus Yoke cardigan, and it’s just waiting for me to finish weaving in the ends and block it before steeking it open. And then I have to find a zipper and sew it in. It’ll happen, I promise!

But in the meantime, I did a little bit of stash-reorganizing, and in the process, acquired a case of “startitis”, and cast on for new projects. Here is one of them: 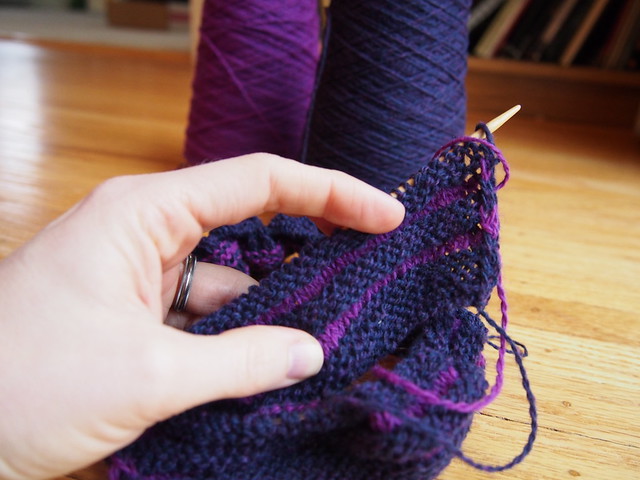 The pattern should be familiar by now, given that I’ve already knit two (one for younger M, and one for me): it’s Elle Melle! I found the two cones of Harrisville Shetland that I’d bought a couple of years ago (when M first outgrew her old Elle Melle) and couldn’t resist the urge to cast on. I just find the ridges so irresistible to knit!

Another project I cast on for is Vita de Vie, for me: 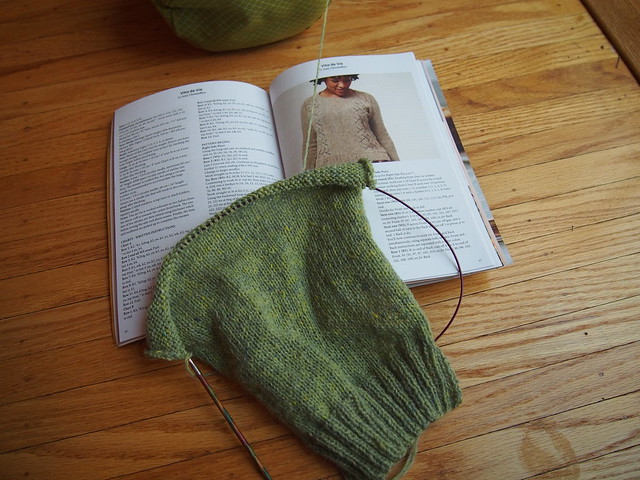 The construction of the pattern is a new one for me – you knit up the sleeves, then cast on to knit the body sideways, and end up kitchenering the two halves together up the middle. I’m a little nervous about whether it’s going to work out, not so much because of the construction, but because of the yarn I’m using: it’s Beaverslide Sport/Sock yarn, in “Lemongrass”, but one of the skeins got mangled by one of our cats, so is now in several small balls, and I realized after I’d cast on using one of those small balls that the mangled skein is actually a noticeably different dyelot than the other two skeins I have. 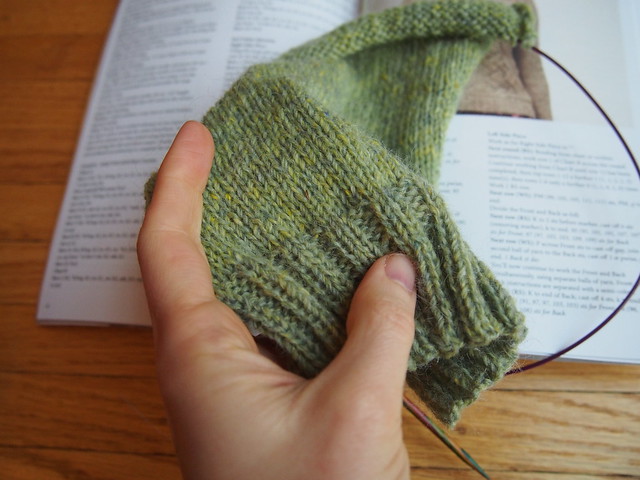 So I used it for the cuff and then switched to the dyelot I have more of; I’ll do the same thing at the cuff of the other sleeve, and for the ribbing at the bottom, too. I’m just a little paranoid that two skeins of the Sport/Sock won’t be enough to do the whole rest of the body, but we shall see – if I can finish the first half with one skein, then I’ll know I’m good! If not…I’ll just have to rip it out. We’ll see!

I actually cast on for a third new project (I wasn’t kidding about the “startitis”!): the “Baa-ble Hat”, in various colors of Shelter that I had single skeins of in my stash, but I didn’t get a picture of it. It’s just an inch or so of 2×2 ribbing at the moment, so not exactly thrilling to look at, anyway.

I’ll close with one more picture of my adorable child, who is very happy with her new hat: 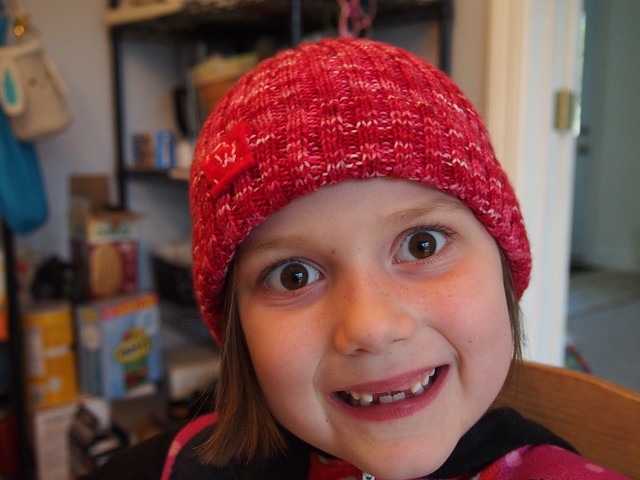 The semester is almost over, so maybe I’ll actually be able to make good progress on these new projects, eh?

1 thought on “a finished hat, and a bunch of new stuff!”