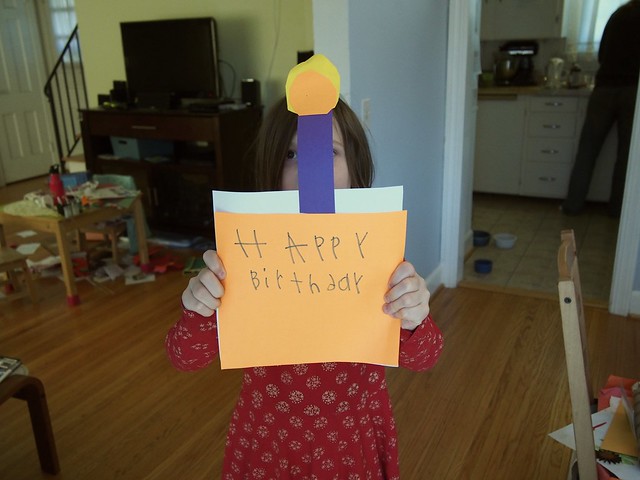 Yesterday I celebrated my 36th birthday! I had an incredibly busy day at work, followed by M’s violin lesson and my own orchestra rehearsal, but topped it off with a concert – my husband got tickets to Joshua Bell’s performance with the Eastman Philharmonic and it was wonderful. He played the Bruch violin concerto, which has always been special to me, as it was one of the two concertos (the other was the Mendelssohn) that were on a CD that my first violin teacher gave me when she passed me to my next violin teacher, with the words, “I look forward to hearing you play these!” on the card that was taped to the CD cover. I listened to that CD over and over and over, and thought that would never happen, but it turned out that the Bruch violin concerto was the first (and last) solo piece I played with an orchestra, back when I was in high school. It was really lovely to hear it played last night, and my fingers were dancing along with the music. (I’d sound like garbage on it now, I think…those high school days are now officially at least half a lifetime ago!)

Anyway, besides turning one year older, I’ve also been making progress on M’s Octopus Yoke cardigan, and it was in a state where I could get her to try it on: 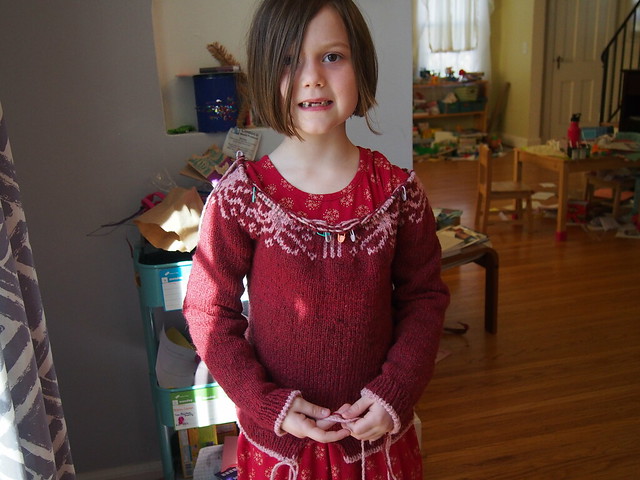 Always a relief to see that it’s fitting, especially when I’m knitting bottom-up, which makes it harder to tell. She’s excited about the idea of being a cardigan, and she REALLY wants me to put a zipper in it, so I guess that’s what I’ll be doing! 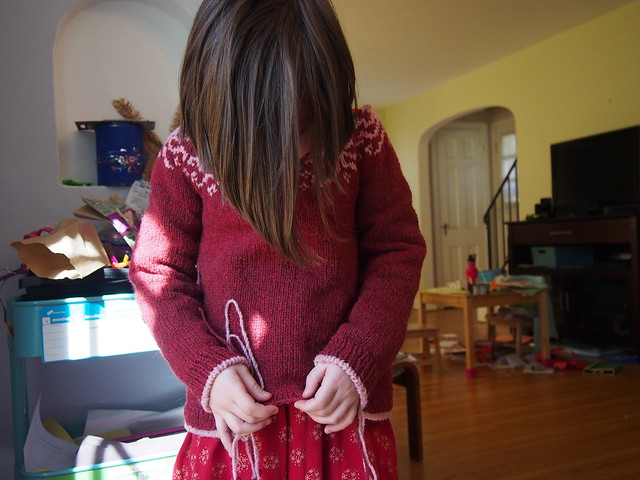 I need to switch to a smaller cable before the next round of decreases (it barely fits on the needle as-is!) but fewer stitches means faster progress – I think this’ll be finished before the end of April, which means M will be able to wear it for Show and Tell at the final Rochester Knitting Guild meeting of the year. (Maybe I’ll show off my new stripey sweater then, too!) 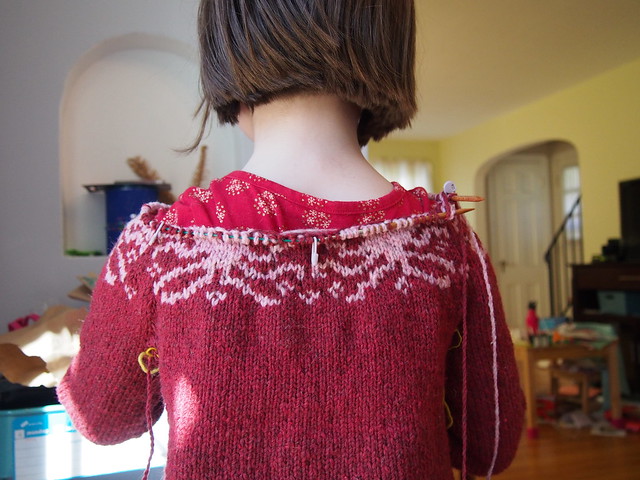 After this sweater, I’m not sure what’ll be next on my needles – there are so many possible sweaters I could knit just from what I have in my stash, both other people’s patterns and designs of my own that I want to knit up. We’ll see!