I snuck every bit of knitting time I could into my schedule last week, and I actually FINISHED my sweater! 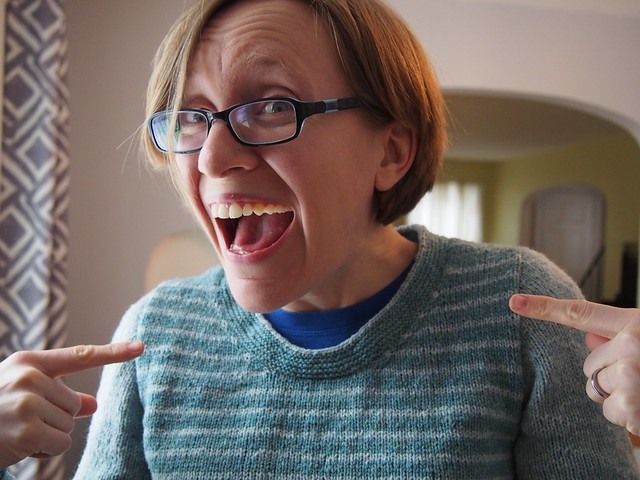 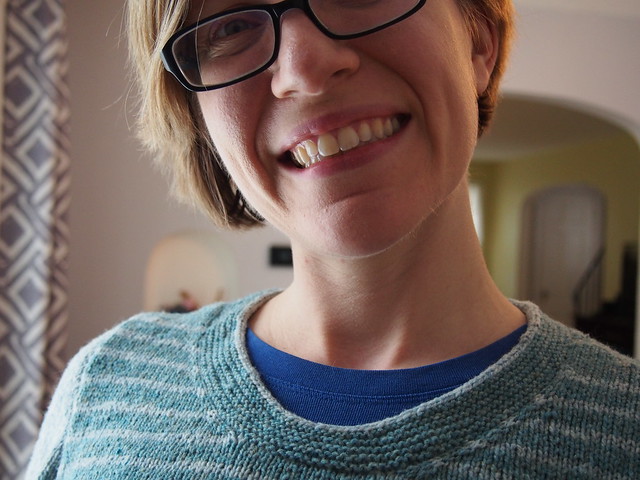 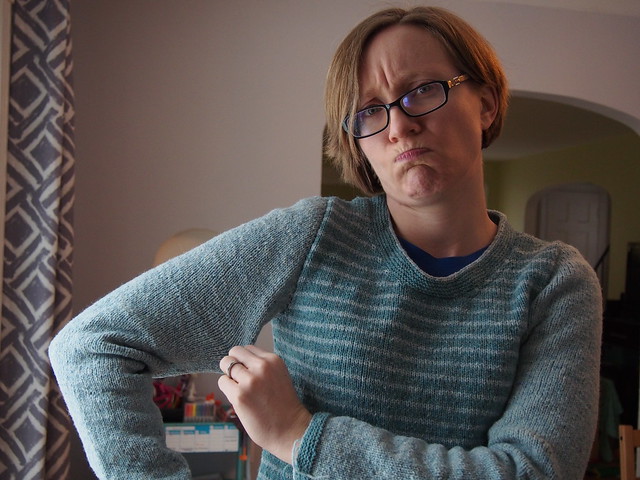 I took it off and counted my sleeve stitches, and sure enough, sleeve number two had 4 extra stitches at the underarm, and at 5.25 sts/inch, that makes a noticeable difference in sleeve circumference.

Mistake number one: Why on earth did I not count the stitches in sleeve number two BEFORE I knit the entire sleeve? Dear self: never assume that just because you “did the same thing” when picking up stitches for the second sleeve cap, that you ACTUALLY did the same thing. Check it!

But that wasn’t the end of my mistakes today. Oh, it gets worse, friends. I carefully threaded a lifeline through the top of the baggy sleeve number 2, and then went to rip it out. Except. Except.

Guess which sleeve I *actually* ripped out? The one that actually fit properly. I only realized this after I had ripped almost all the way to the underarm, and then realized that the lifeline wasn’t there…because it was in the sleeve I was *supposed* to be ripping out.

Mistake number two: Attempting to rip out a sleeve (or do anything else that requires attention) when your 7 year old is having a very high-need day? Not a good idea. Dear self: always, always triple check before starting to rip! 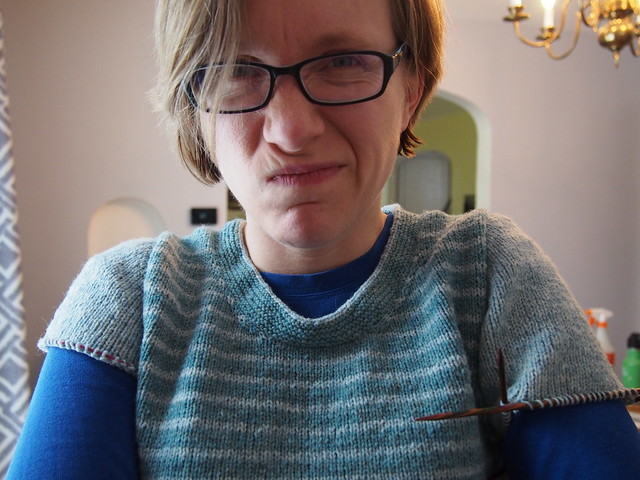 I…was not happy. But, as I’m always reminding myself and others, the failure mode of knitting is just yarn, and I like yarn, and I like knitting. So, you know, it could be worse. But oh, do I feel like an idiot today! C’est la vie. 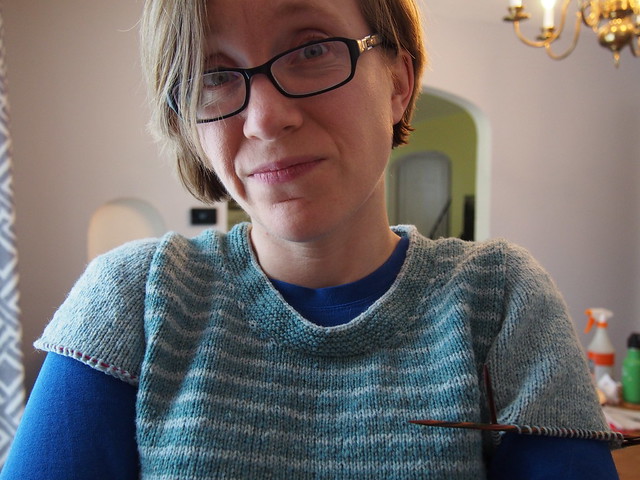 Here’s hoping the rest of the sleeve knitting is uneventful!