Look, I have a sleeve! 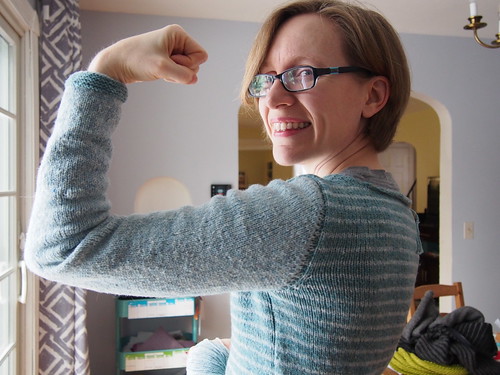 I actually wanted to write a post last weekend, while this sleeve was in progress, and even got as far as trying to take progress photos, but, well… 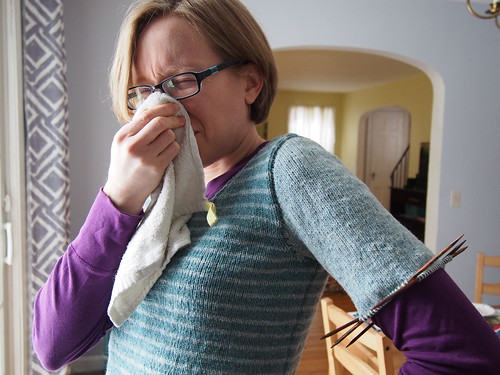 I couldn’t get a photo in which I wasn’t needing to soak up my dripping nose (and yes, I was resorting to IKEA washcloths due to sheer volume!) or gripping my head because it was pounding and I felt like I could barely hold it up… 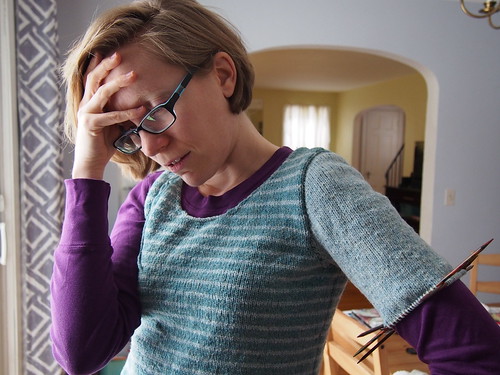 …which should’ve been a clue to me that maybe, just maybe, I was dealing with more than just a run of the mill cold. Turns out, I had the flu. My flu shot did not save me. And y’all, it was BRUTAL. I had to cancel my Tuesday classes, and then ran my Wednesday and Thursday classes via Google Drive, and just sitting up at my computer to do that left me unable to do ANYTHING else the rest of the day. I’m still feeling a bit run down today, more than a week after I first started having symptoms. Ooof.

By Friday, though, I was able to knit a bit. I remember thinking I was feeling quite a bit better when I took this photo to capture the annoyance of the twisting that you end up having to deal with when you knit sleeves from the top down, but… 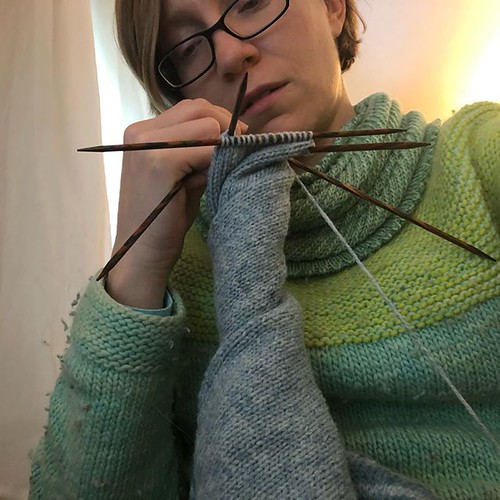 …that is still such a sick and miserable looking face I have on. Oh well!

Anyway, today I’m feeling a little bit more like a human being, if still a very tired and run down human being, so I gave the photos another go. I got some help from my photo assistant (also known as my 7 year old daughter, Madrigal) to take some photos of finished sleeve number one and the start of sleeve number two: 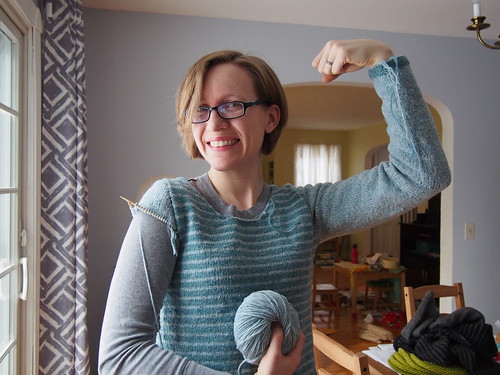 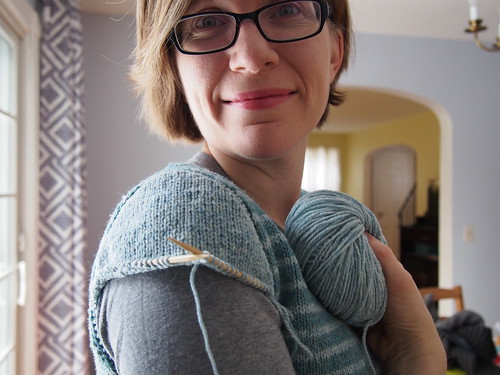 We didn’t do a great job of capturing the cuff of the first sleeve, but I ended up doing the same thing as I did on M’s original version of the sweater: I knit the cuff in garter stitch in the darker color, and then bound off in i-cord using the lighter color. 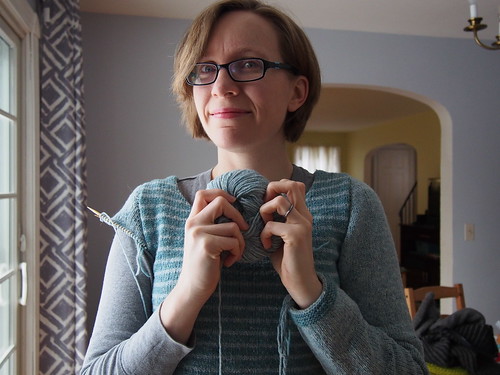 I’m excited to be getting so close to finished with this sweater! Once I do, I plan to return to M’s Octopus cardigan; I just haven’t had the time or mental energy to work on complicated colorwork recently, but now that my schedule has settled down a bit, and I’m (mostly) recovered from the flu, maybe I’ll be up for it soon.

3 thoughts on “sleeves and sickness”