I was able to do a decent amount of knitting over winter break, which means that M’s Octopus Yoke cardigan, formerly featured only in yarn form on the blog, now has a fully knit body and two sleeves (in truth, the second sleeve still has a few more rows to go, but the light was good for photos!) 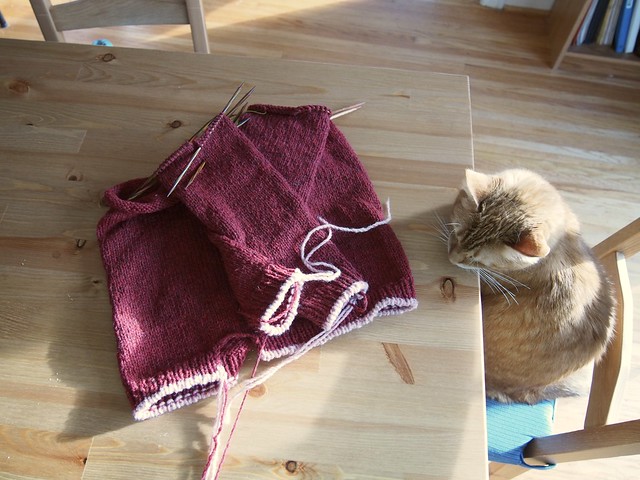 I’m really pleased with the way the color contrast is working out in the Beaverslide yarn, and I’m just so thrilled to be knitting with Beaverslide Worsted again. I’m pretty sure that if I could only choose one yarn to knit with for the rest of my life, it’d be Beaverslide. (Though I might have a hard time choosing between the Worsted and the Sport/Sock!) 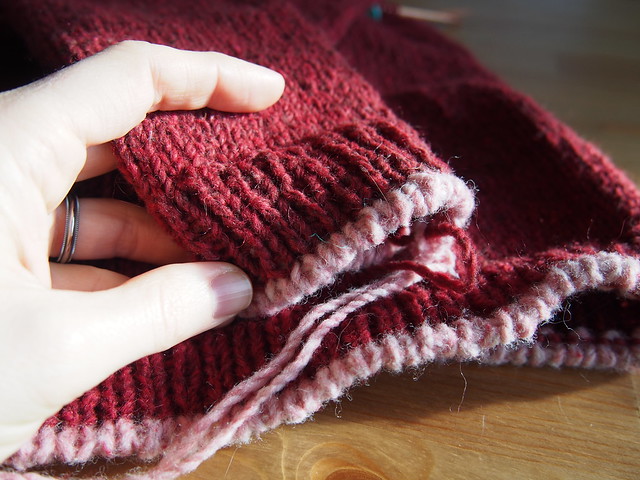 I’m going to need to do some math to figure out how to fit the octopus motif around the yoke, and I may end up tweaking the motif slightly compared to the original sweater I designed. The gauge for the Beaverslide is a bit bigger than with the Cascade 220, which is working out just fine for now because I want this cardigan to be bigger! But my stitch counts aren’t exactly the same, anyway, so wish me luck on the math! 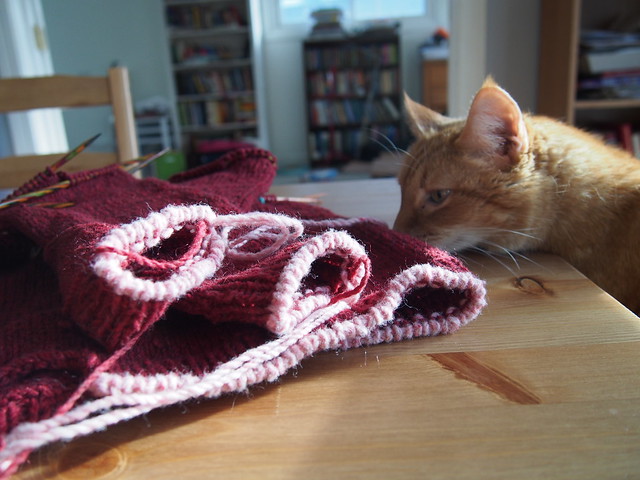 One of my goals for the year, which realistically means for this summer since there’s just not enough time in other parts of the year, is to actually write out all (or at least some!) of the patterns I’ve developed since M was born. I haven’t published ANYTHING since then, and it’s not for lack of designing! In any case, the Octopus Yoke sweater/cardigan might be in the mix for self-publishing, if I can wrap my brain around how to handle sizing with such a large motif.

How about one last photo of handsome Ren, who was very intrigued by the sweater: 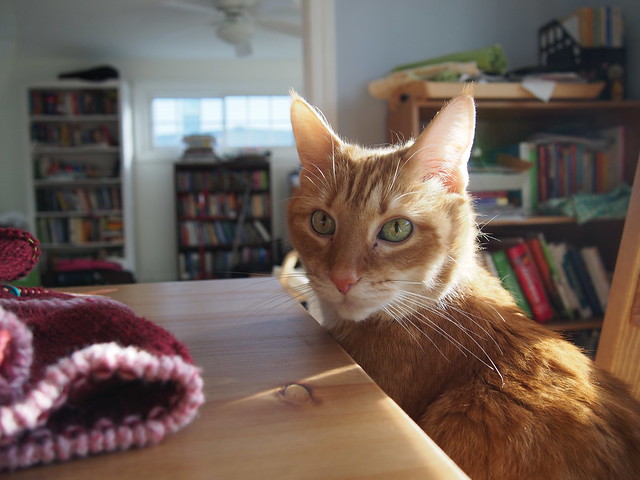 (He LOVES wool…a bit TOO much! Gotta be careful with this kitty!)