As of this moment, I don’t currently have a sweater on the needles, which is very rare for me! I do plan to cast on soon for an Octopus cardigan for M, but for now, my attention is centered on a hat! 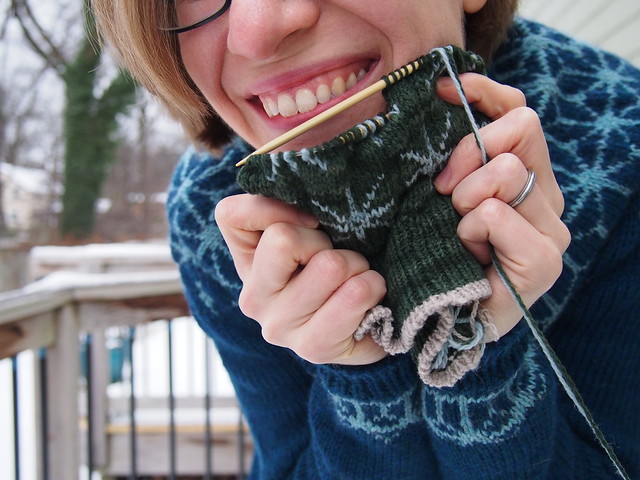 Awhile back, Mason-Dixon Knitting was having a sale on their kits, and I had kind of fallen in love with the look of the dark pine green and light blue of this Asterisk & Dot Hat/Cowl kit. I’d never knit with Swan’s Island yarn before, but it’s a real treat! So delightfully crisp and crimpy and soft and wooly. Also, my hat-in-progress smells really nice, because I’ve got a little baggie of lavender in my project bag: 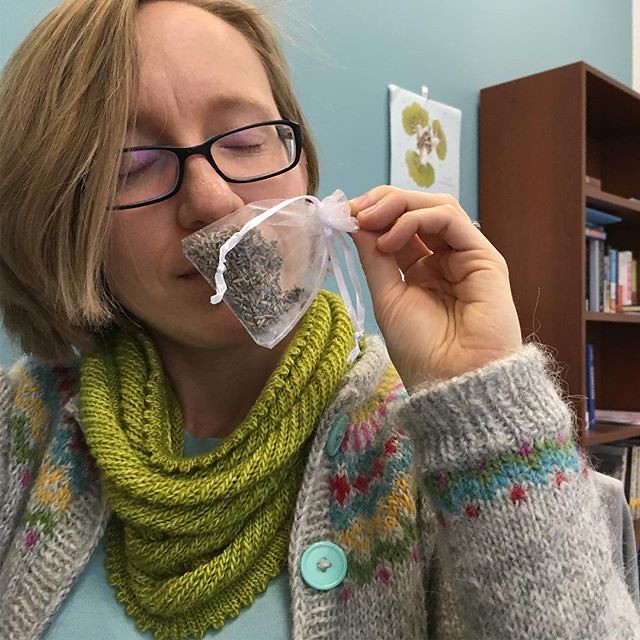 I got this at the kickoff meeting for my university’s new “Mindful University” project, and it really does impart a delightful scent to my wool. As part of this project, I recently applied to be trained as a Koru Mindfulness teacher, which is something I think I would really enjoy doing. We’ll see how that goes!

Anyway, the hat is moving along nicely; the floats in this pattern are incredibly long in some places, so I’m trying to catch them, but worry that my caught stitches will kind of show through when the hat is stretched. We’ll see, though – I think the wool will bloom quite a bit when blocked, so that might counteract it a bit. 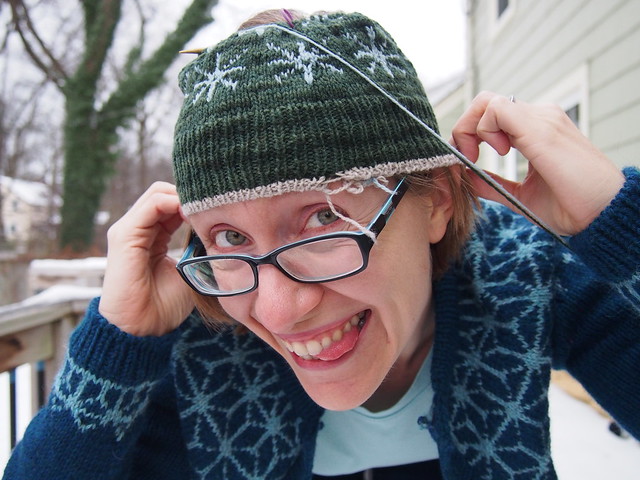 I think these colors are really great for me – the pine green + light blue + light brown matches the mix of colors in my own eyes really nicely! I know that the pattern is called “Asterisk”, but I actually think they kind of look like snowflakes, too!

I’m using this hat as a little bit of a reward system for grading; after I’ve graded 3 portfolios, I get to knit 3 rows before going back to grading. So much grading! But the knitting helps it to go down a bit easier.