This past week has been a marathon of grading (of the academic variety, not the knitwear design variety) for me. When you teach 4 classes, and you do portfolio-based grading in all 4 of them, let’s just say that’s a LOT of papers to read and grade, and in not a lot of time. But I’m finished now, hooray! And I have a big chunk of the body of a sweater to show for it: 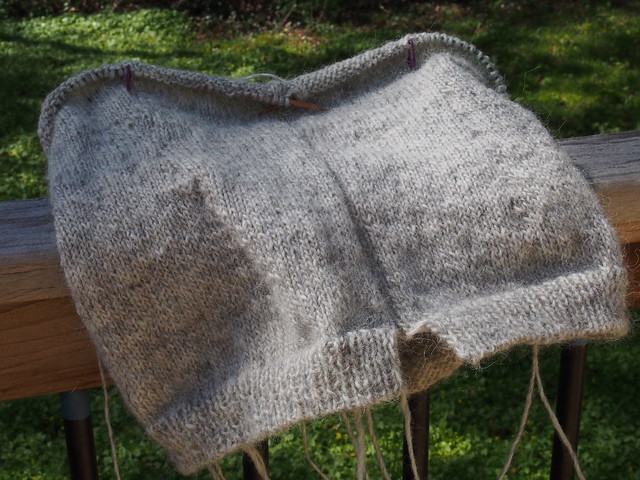 Yeah, that’s not Winter Traveller The Second – as excited as I am to knit M’s very own Winter Traveller, knitting the same sweater pattern twice in a row was just not what I needed as stress-relief during grading. So I cast on for a new sweater for myself: Gamaldags, for which I had a kit (I bought the kit back when the pattern was first released, because I loved the bright colors in the yoke!).

Here was my “pattern” for maintaining sanity while grading:
*grade 2 portfolios, knit 2 rows*, repeat until end of grading

By the time I got to the last day of grading, though, it had become more like this:
*read 1 page, knit 1 row*, repeat until end of grading

But I slogged my way through it, and now I’m done. With the grading, that is – there’s still plenty more to knit on Gamaldags, but I’m really excited about the prospect of that colorful yoke.

This has been a seriously challenging academic year for me, between all of the issues with my former department, and getting M set up in a new school and ourselves moved into a new house and our old house sold – goodness gracious, has it been hard! But we’re finally getting a bit more settled in at our new house, and our old house is on the way to closing, so we’ve almost made it through.

Spring has finally arrived here in ROC, and it is magical as always. The flowering trees here make Spring an explosion of happy colors, and the cherry trees in particular are just sheer joy. My daughter calls them “confetti trees”, which is so very apt. 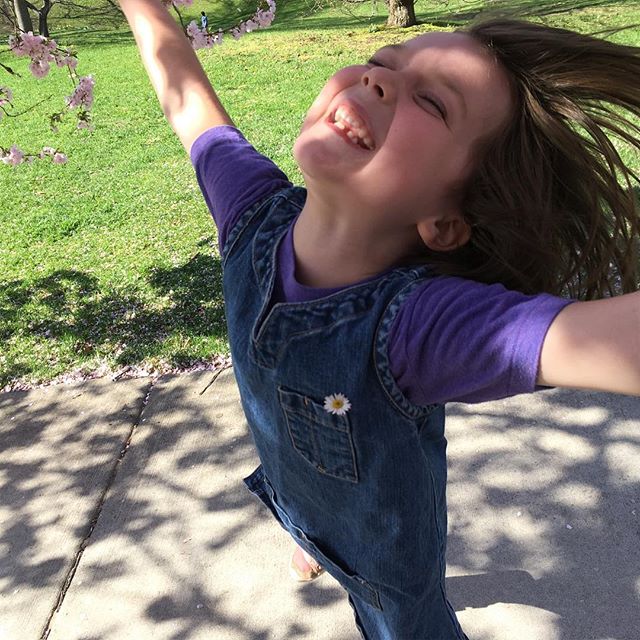 We had the great thrill of discovering that we have some of our own flowering trees here at our new house – I spotted pink buds the other night, and a few of them have opened up today, so I took some pictures and asked the Internet to help me identify them: 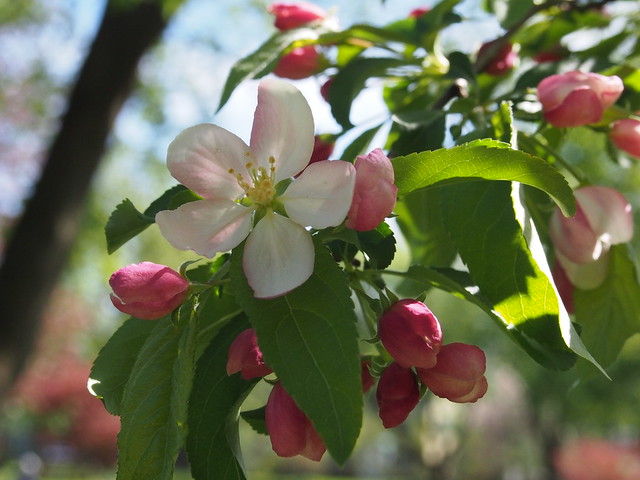 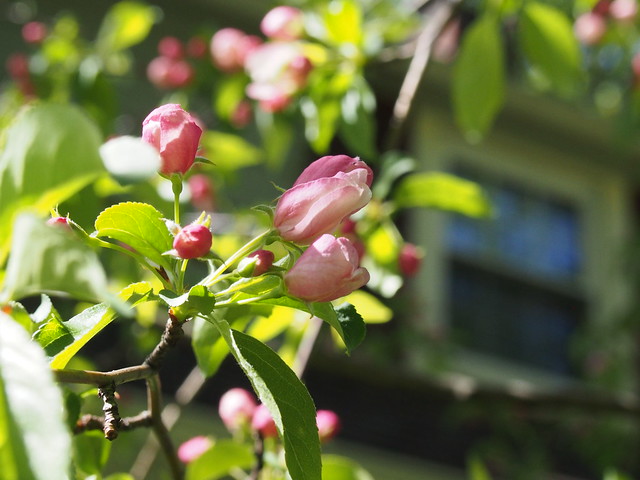 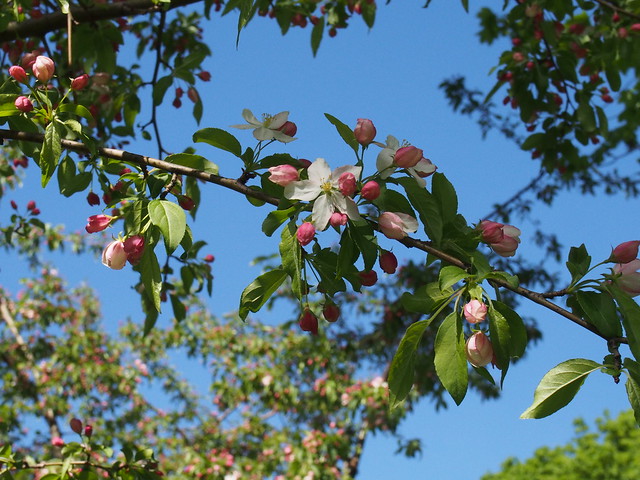 The consensus seems to be “crabapple”, which is fine by me! (Though I think M might be disappointed that they aren’t “confetti trees”). The flowering trees are absolutely my favorite part of living in ROC in the Springtime, and I’m just utterly thrilled that we have some of our very own now. This house just couldn’t be more perfect for us.

I still have work to do, even though I’m done with grading, so I’d best get back to that, but I’ll leave y’all with these lovely little forget-me-nots from our backyard: 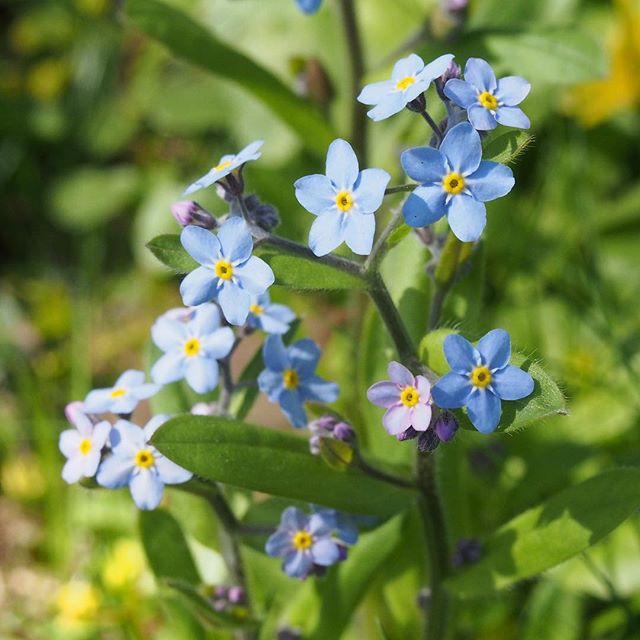 1 thought on “Grading (not the knitwear design kind) + Gamaldags + SPRING!”