Earlier this week, I was able to knit with some friends of mine from knitting guild, which was a lot of fun. The only thing I had left to do on M’s cardigan was the button band, and of course, the thought of counting stitches and doing a bunch of math while knitting with my buddies didn’t seem too appealing, so instead, I just decided to wing it (yes, I know, this was crazy). I started knitting the row in which I’d be putting buttonholes, and just eyeballed it. I figured 5 stitches in from the bottom looked good, and thought a 4 stitch buttonhole looked nice, and thought that they looked right if I put them 12 stitches apart. And guess how many stitches I had left over when I knit the 6th buttonhole? 5 stitches! I couldn’t have gotten more perfect spacing if I’d tried! 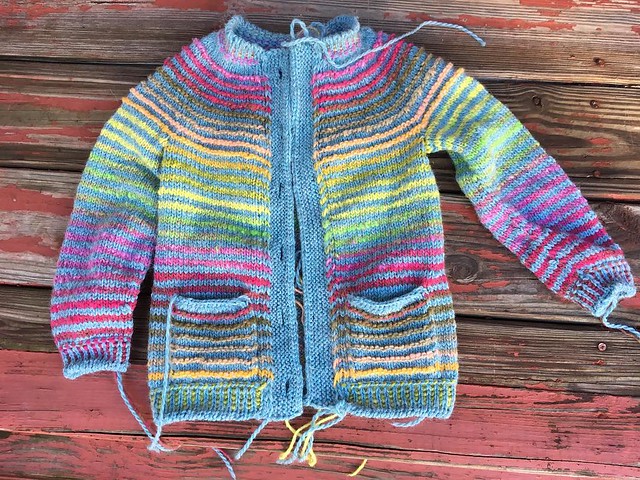 I don’t actually recommend the “just eyeball it!” approach – I’m not sure what part of my brain thought that the ripping and reknitting that would likely result would be LESS fun than doing a bunch of math while chatting with my friends (the better plan would’ve been to bring a project in a state that did not require full attention!), but I’m super delighted that it worked out this time. It’s kinda neat to see that my intuitions about spacing are actually pretty solid. 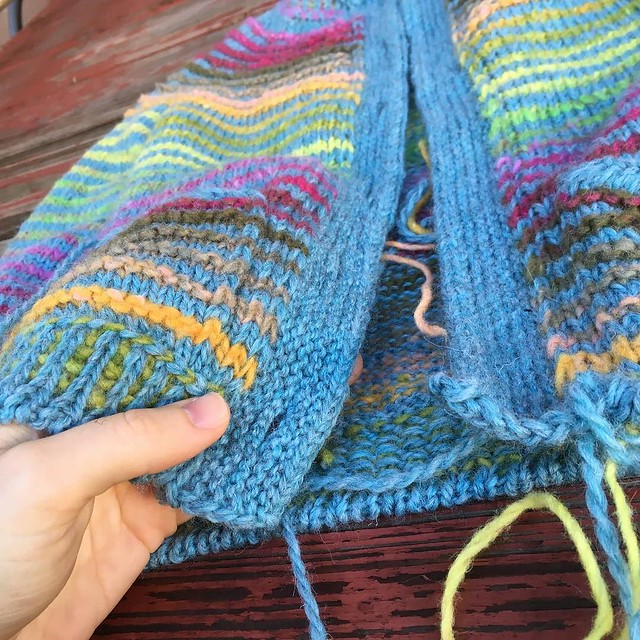 Before knitting the button bands, I implemented the bottom hem reknit plan that I described in my previous post, and it worked great. More stitches, a bigger needle for the corrugated rib, and a smaller one for the standard rib/tubular bind-off. The whole thing lays flat now – there’s no awkward pulling apart at the fronts. Hooray!

2 thoughts on “and sometimes things just work out!”