Man, poor Skógafjall keeps falling by the wayside (I’ve got the body and most of a sleeve already knit, at least) while I knit sweaters for smaller people. I just finished one knit for my daughter, and already there’s another one on the needles (it was literally a matter of hours between finishing her red Cobbler and casting on for this): 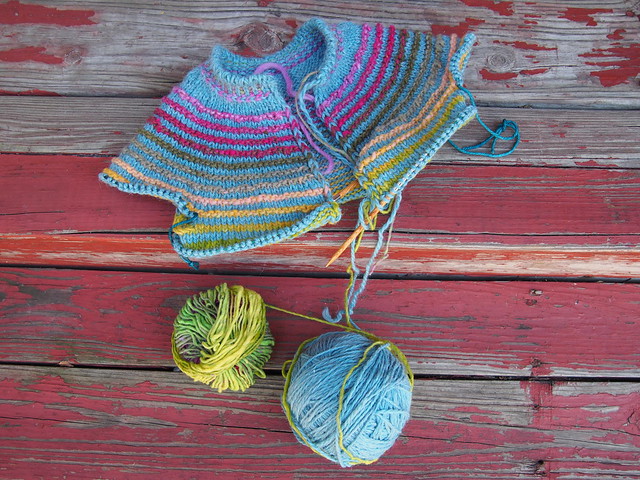 Yep, it’s a Stripes! cardigan. M picked the colors herself from yarn that I had in my stash: Cascade Eco+ in Summer Sky Heather, and Noro Kureyon in color #95. I’m loving how they look together! 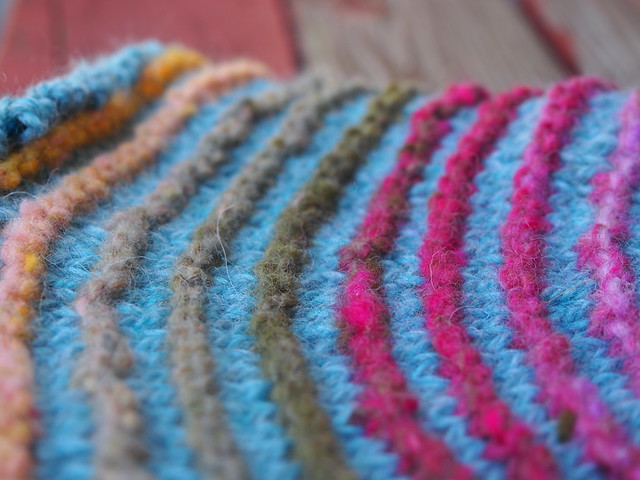 I can’t get enough of the texture created by doing the contrast color stripes in garter stitch in the yoke. So great! 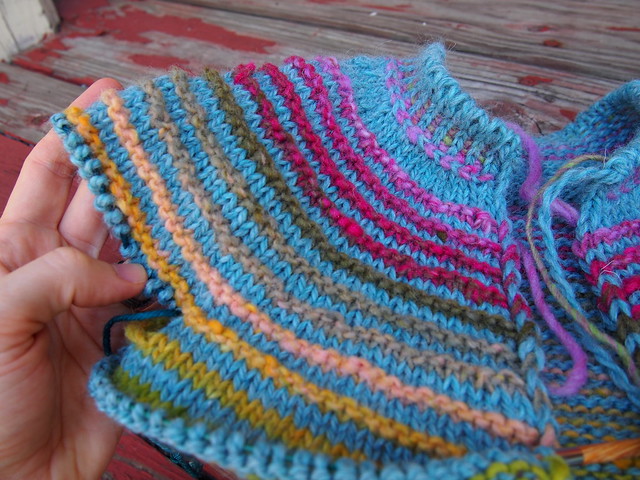 I’ve already finished the yoke, and am knitting the body down first, before knitting the sleeves. I really enjoy making these top-down – not only do I get more of a say over what color is closest to the face this way, but I can also let her try it on as I go, and it makes the way I add the pockets possible.

One of these days, I want to go back to my own top-down Stripes! cardigan. I realized kind of late in the game (like, after knitting the entire body and part of a sleeve) that the proportions just weren’t working great on it, the yoke wasn’t fitting all that well (too baggy, but awkwardly so) and I didn’t like the bind-off I used on the bottom hem either, so I really need to rip it back pretty much to the very beginning. That’s a bummer, but I’m always going to vote for “rip and reknit” over “finish a sweater I won’t actually wear”. And I’ve gotten better at doing top-down yoke math (it’s just the inverse of bottom-up yoke math, but somehow that confounded me initially!) and figuring out the best spots for short rows for my body, so the next go at it should be better.