One thing I’ve always liked to do on this blog is to share more of the “behind the scenes” work of creating knits. It’s maybe not the smartest thing to do if my desire is to publish patterns, because the more I say about how I’m putting things together here, the less likely it is that anyone will feel the need to actually BUY a pattern, but it’s just how I roll…I’m a teacher at heart. (And honestly, it’s a bit goofy of me to take pattern publication/designer status into account given that I’ve not managed to actually put out a pattern since M was born!) 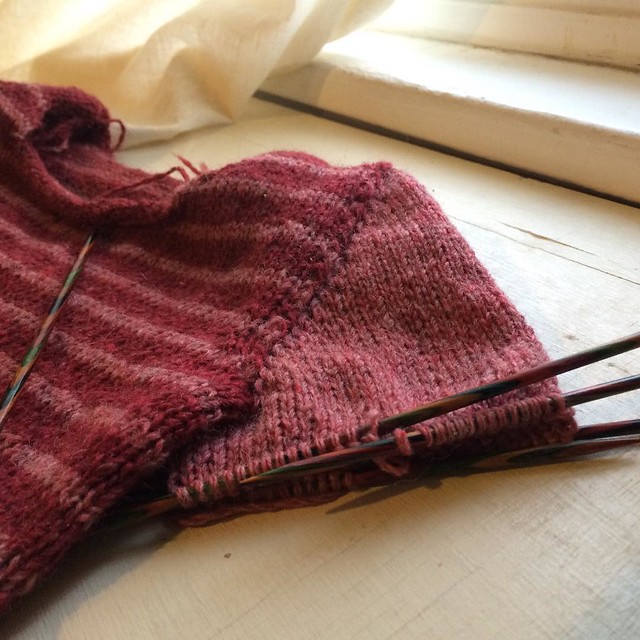 I was able to spend some time yesterday morning reading through the “Top Down” book, and then creating the sleeve cap of the first sleeve. I’m pretty tickled with how nice it looks! And I think it’s going to be a nice fit on M, though I need to get her to try it on for me to be sure of that.

Before the sleeve, I finished the body with a split garter hem, slightly longer in back than in front (much like the hem I put on M’s Cobbler vest, which she recently rediscovered and then wore for 4 straight days!). I edged the garter stitch with the contrast-color, which I think looks really neat: 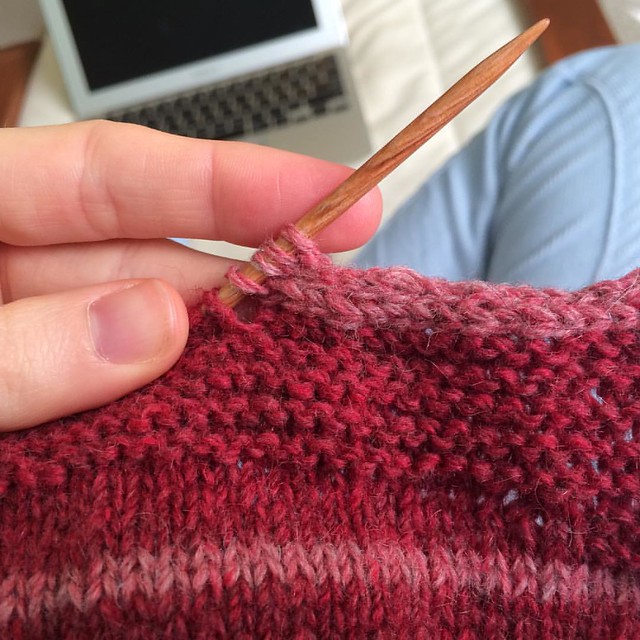 I also want to show off the pockets, which are knit-in; I knit 2 stockinette flaps (for two pockets), each with a purled stitch 1 stitch in from the edge on each side, in the contrast color, then cast on new stitches and continued the body in the round. I then used that purl stitch (which is a very easy-to-spot knit stitch on the wrong side!) as a guide for picking up and knitting together with the body stitches until I got to the bottom of the flap, which was knit into the body. 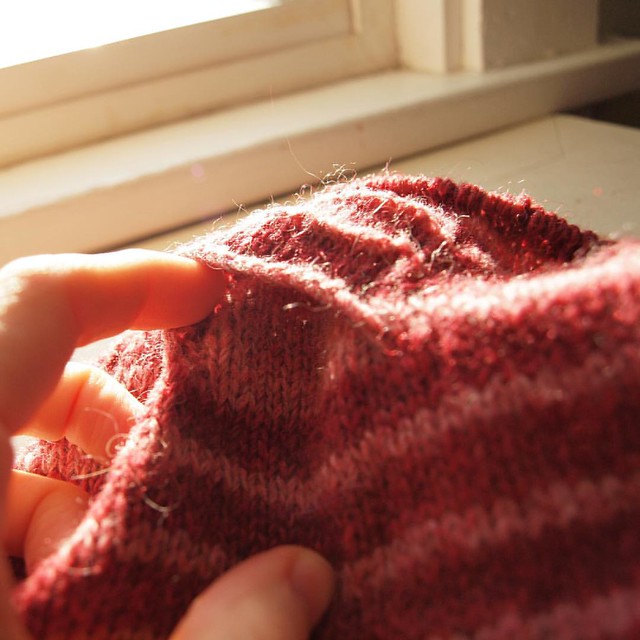 It looks pretty spiffy from the wrong side, too: 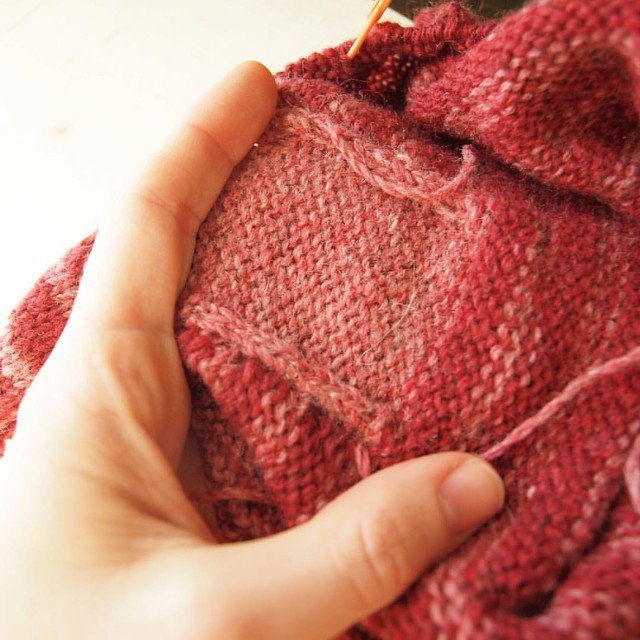 While I was working on the body, the #Loop2Loop hashtag was going around Instagram, so I took a video of how I knit. (You’ll have to follow the link to see it – I can’t figure out how to embed it here – I think because my Instagram is private, it won’t actually do an embed? Maybe I should make a public Instagram account for my knit blog/design stuff anyway?) Anyway, here’s how I hold my yarn: 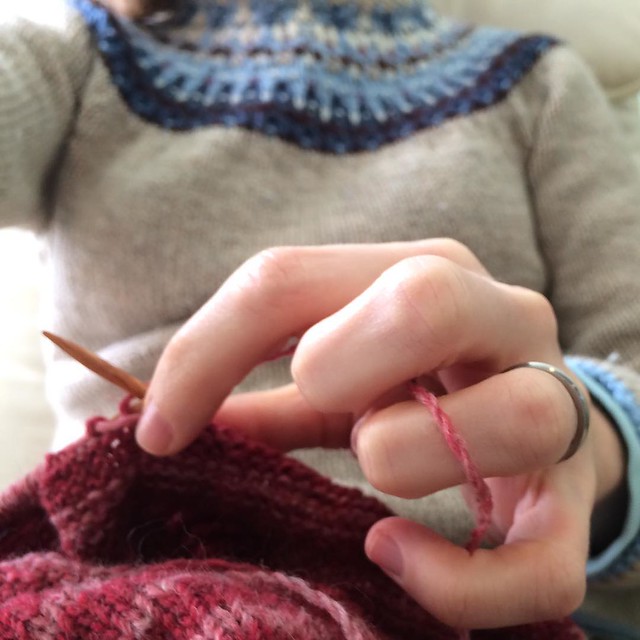 It’s a goofy pseudo-lefty style, where I tension the yarn over my left ring finger, then kind of hook it with my left middle finger, then use my pointer and thumb to loop it over the needle. Sounds kind of inefficient, but if you watch the video, you’ll see that I’m actually pretty darned fast! The exception to that is colorwork. It’s not that I can’t do it, but it definitely kills my speed, because I *cannot* do two-handed knitting. My right hand is just like, “NOPE.” when it comes to doing any sort of yarn manipulation (and believe me, I have TRIED!). So instead I do the same basic technique, but end up basically carrying one yarn hooked with my pointer and the other hooked with my middle finger. I envy the folks I’ve seen who can carry one yarn in each hand and zip through colorwork that way, but despite lots of trying, I’m just not one. For an ostensibly right-handed person (in that I write with my write hand), my right hand is awfully useless. I don’t know if it’s all the violin training, or if I really truly am an unbalanced ambidextrous person (I suspect both, actually), but for fine-motor stuff, with the exception of writing, I’m lefty all the way.