I mentioned this wee cardigan in my last post, but thought it deserved a post all to itself. Here’s the babyStripes! cardigan I knit for my UU minister’s new baby: 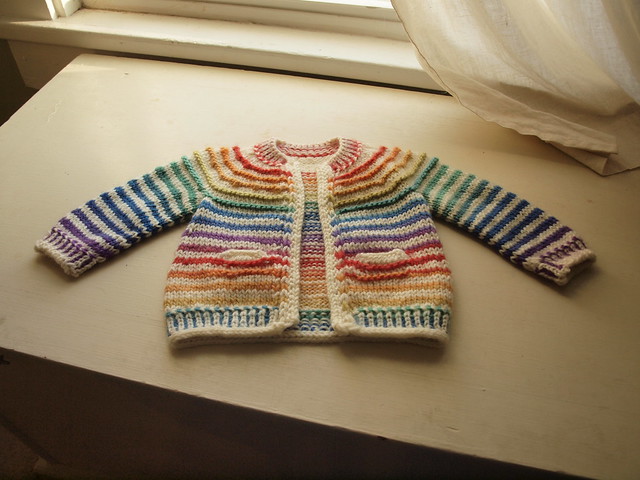 Unlike the previous…3? 4?…babyStripes! cardigans, this one was knit top down. I’ve fallen madly in love with knitting sweaters from the top-down whenever possible, and it’s especially nice with the Stripes! sweaters, because you can control what colors end up near the face. For this one, I wanted the red to be the first color, because I wanted the full rainbow progression from top to bottom. 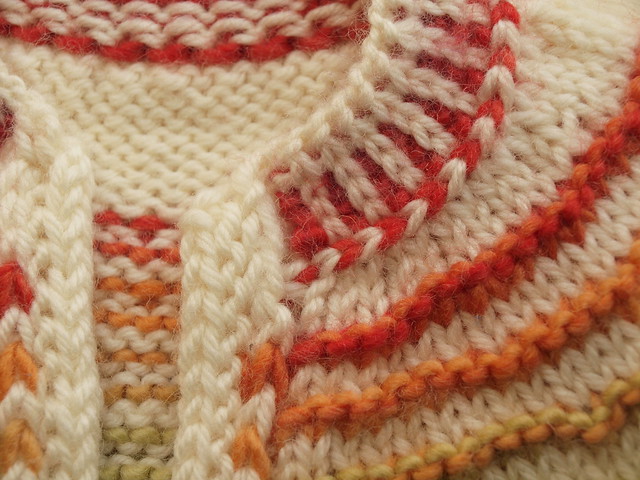 I just can’t get enough of the corrugated rib + vikkel braid combination! So nice. As with earlier versions of this design, the colorful stripes in the yoke are garter ridges rather than stockinette. It makes such a cool texture. 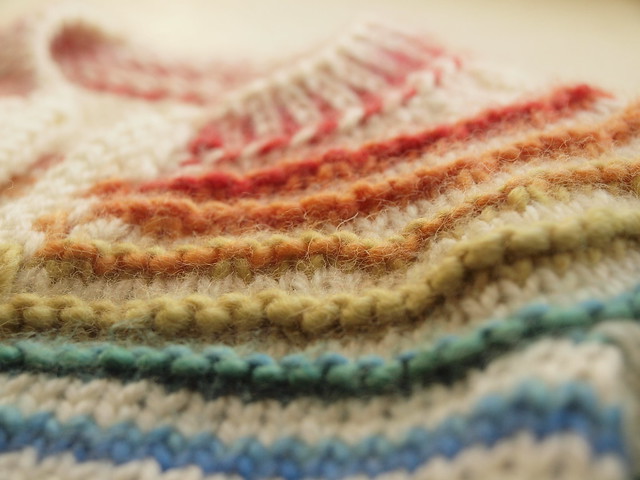 Despite the tiny size of the sweater, I wanted to do add pockets to it – they’re totally useless for a newborn (or anyone else) but they look cute! 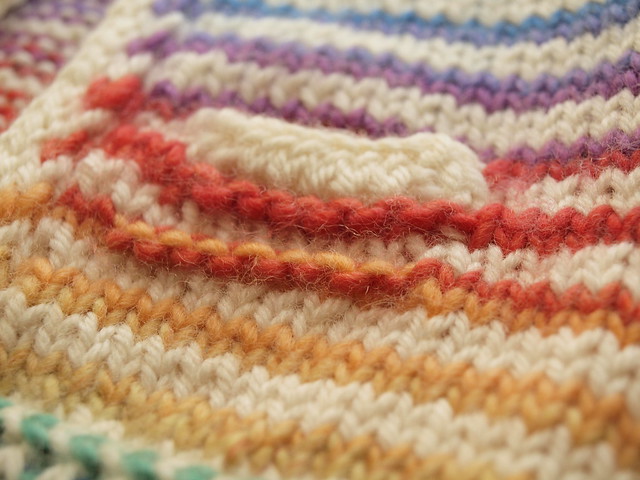 They have an i-cord edge and I did the colorful stripes in garter just for the pocket to add a little texture. It makes me happy. 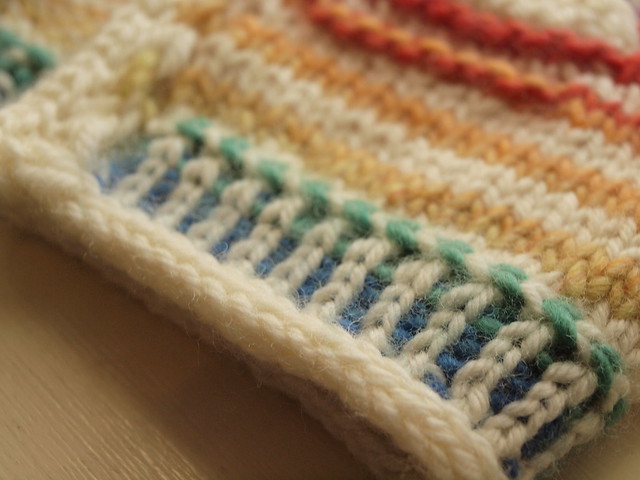 The bottom hem took some math, because I didn’t want it to pull in at all, but the gauge for the sweater, the corrugated rib, and the i-cord bind off were all somewhat different. But hey, I like math, so that’s ok…and when I write up the pattern, I’ll do the math for everyone else :) 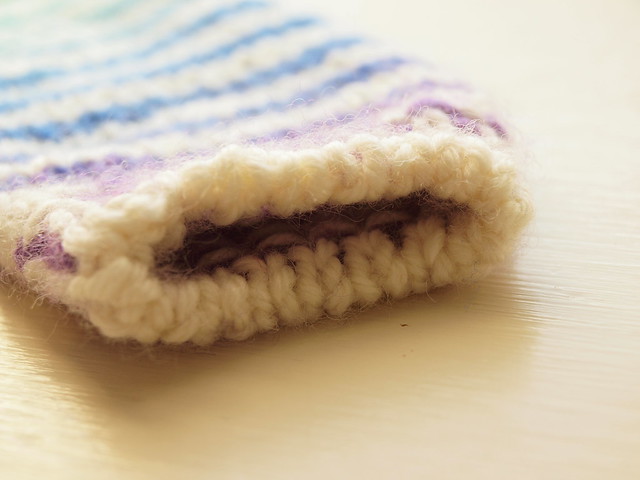 The sleeves are edged with a tubular bind-off, which looks very pretty and is also wonderfully stretchy: 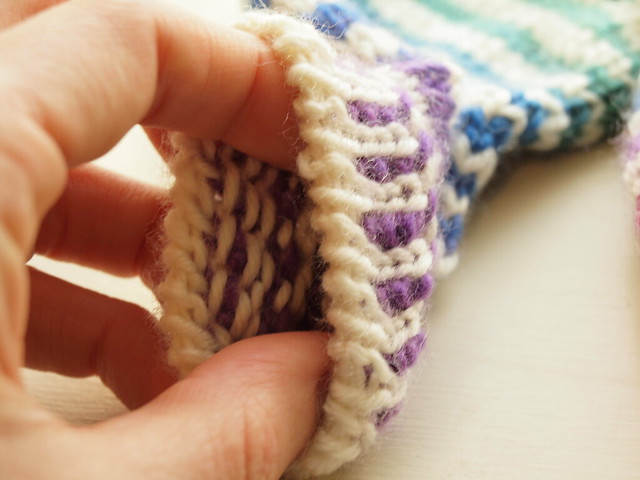 I’ll close with a picture of the inside of the sweater – I just love the way the rainbow stripes look from the wrong side (though I’m not 100% thrilled with the look of the knit-in pocket from the wrong side – I’ve improved my technique with that on M’s Red Stripe sweater, at least!) 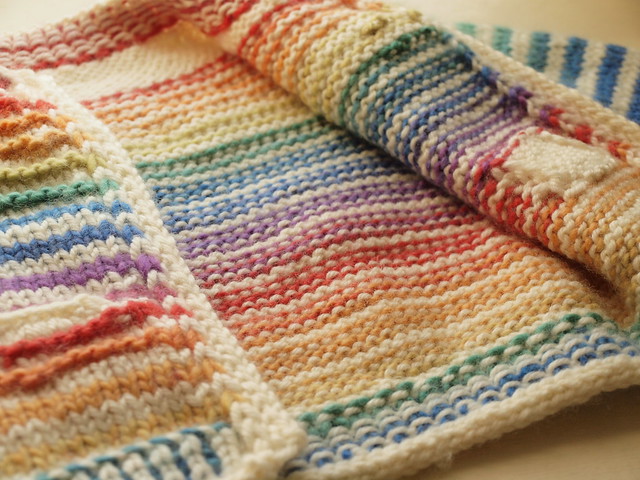 I was able to give Rev. Emily the sweater just before the start of the Solstice service, and got to see her wee one wearing it at the next service. It makes me so happy to be able to welcome babies into the world with happy rainbow sweaters! I just wish I had more hands/more time so that I could knit more of them. But perhaps if I actually finish writing up the pattern, I can at least help OTHER people knit more of them!