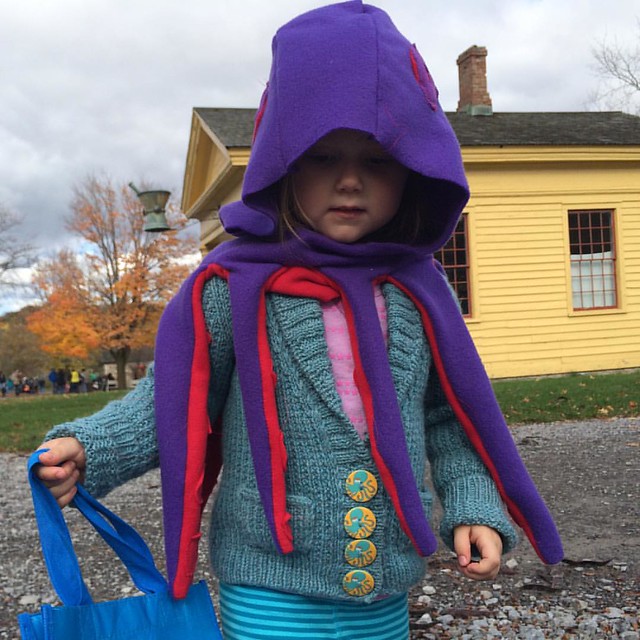 We actually didn’t end up going trick-or-treating on ACTUAL Halloween, because I had a migraine that day and went to bed right after dinner (and then slept straight through until 7:30am the next morning, with a whole extra hour due to the time change – if ever there’s a time to rest off a migraine, the end of DST is it!). But the previous weekend, we took M (along with, it seemed, every other child between 1 and 12 in the entire greater ROC area) to the Genesee Country Village for an early “trick or treat” event, and she got to frolic about as her cephalopod alter-ego, “Octopus Girl”. 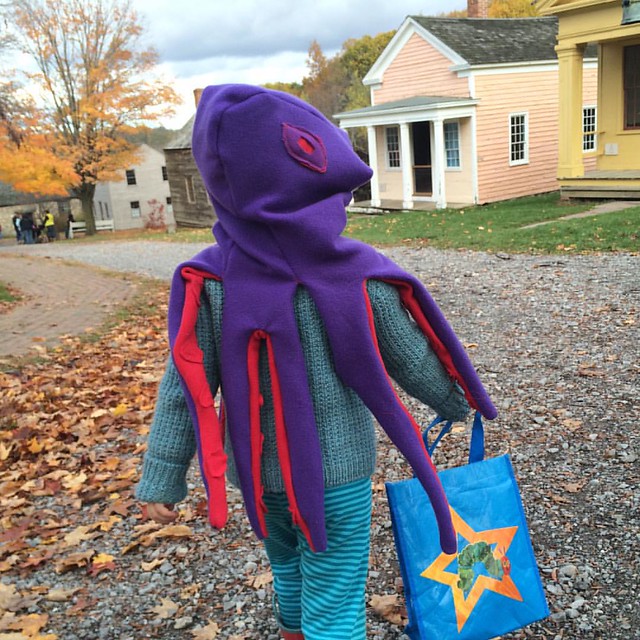 I couldn’t be any more thrilled with how well it turned out, especially since I was utterly flying by the seat of my pants, with a limited amount of fleece (the leftovers from M’s superhero cape, last year). It took an absolute marathon of sewing on a borrowed machine (hooray for neighbor-friends!), but it all worked out! It’s the first hood I’ve ever sewn, and I drafted the pattern for it myself (loosely using M’s hooded jacket as a guide). I googled “octopus eyes” to get a sense for what their eyes look like (the answer: really creepy!) and I’m just tickled with how well my fleece version of them came out. M insisted on having “sucker pads”, which I made by cutting out little circles (well, more accurately, “circle-ish shapes” – I was getting pretty tired of cutting fleece by that point!) of red fleece, the same color as the backs of the tentacles, and then sewed them on with zig-zag top-stitching. For how sloppy they are if you look closely, they work awfully well from a distance!

M had an absolute blast at the Genesee Country Village. She didn’t quite “get” trick-or-treating, but she had a lot of fun trying out mini-golf for the first time: 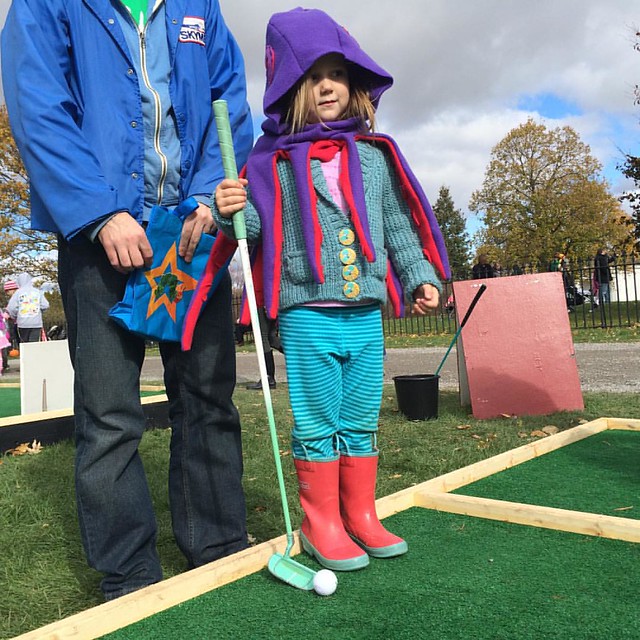 You’ll of course notice that she wore her garter rib cardigan with the octopus buttons…the perfect completion to her “Octopus Girl” disguise :) I swear I’m planning to get that cardigan pattern out to test-knitters soon; this has just been such an intensely busy semester (especially now that M’s doing violin and swim) that I’ve not been able to find time.

One last photo to end this post…it turns out I made the hood oversized enough that *I* can be Octopus Girl, too! 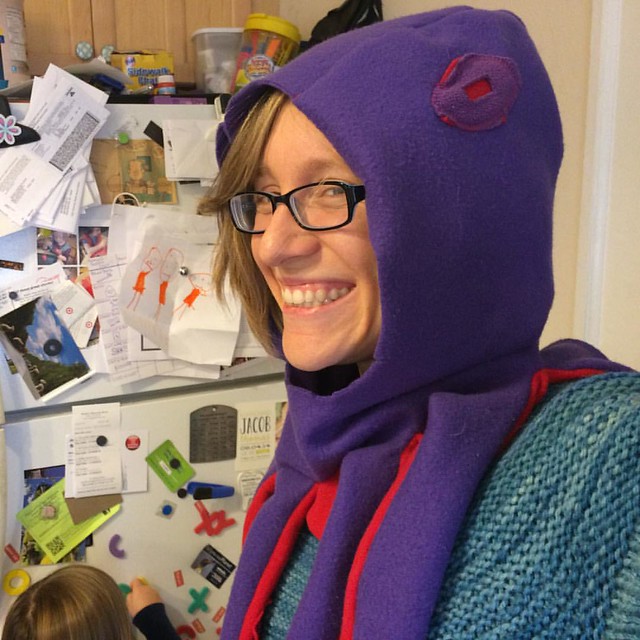 Hope everyone’s November is off to a good start!

1 thought on “things i make for maddy: octopus costume!”