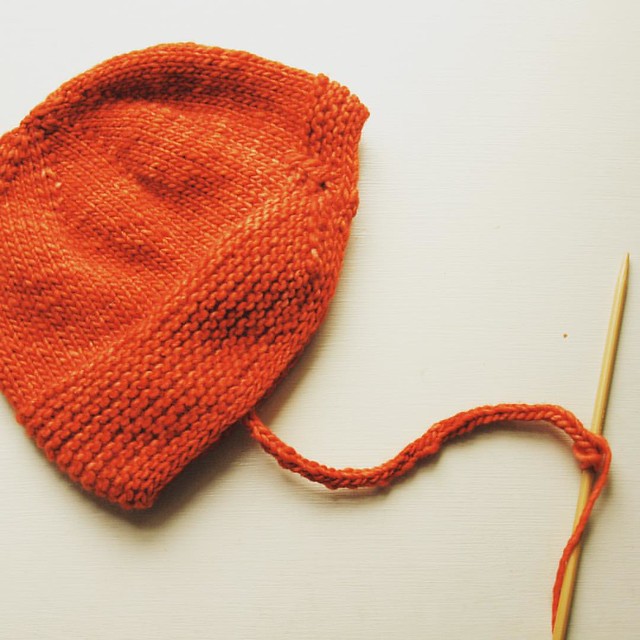 My dear friend Kris, without whom I don’t know how I would’ve survived those first few months after M was born, asked me if I could knit up a hat for her little boy J like the ones I’d knit for M and her cousins, so of course I said “yes!”. I had her send me J’s measurements (she gave me very helpful feedback on the draft of the pattern, whose instructions for measuring were a bit confusing!), and then pick out the color of Malabrigo Worsted that she wanted and have it sent to me. She chose “Glazed Carrot”, which is an incredibly rich shade of orange. (She also snuck in a skein of “Bobby Blue”, which is my favorite Malabrigo blue, as a “thank you” – K knows me well!). The way to Rhinebeck was consumed by sewing on buttons and sewing blanket squares together, but that left the return trip open for yarn-winding and hat-knitting, so I packed the skein in my car bag. M really enjoyed “helping” me wind the ball (mostly by insisting to “check” it and pet it every few minutes): 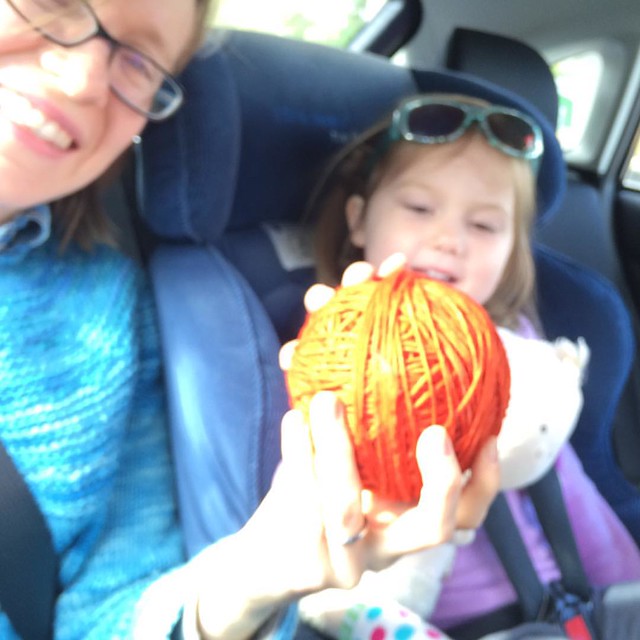 Once the yarn was all wound up, I cast on. The hat is knit top-down, so it looks like this after a few rows: 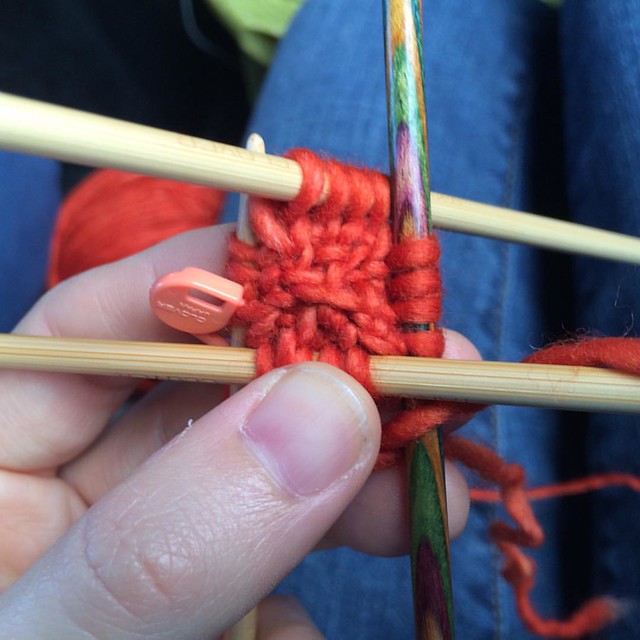 By the time we made it home, the hat was almost finished! (There’s a reason my first name for the pattern was “car trip hat” – you can knit the whole hat in the time it takes to drive to Rhinebeck from Rochester, NY). Kris had requested i-cord chin ties, because J’s at the age where he likes to yank hats off his head, so once I’d finished the i-cord bind-off, I picked up 3 stitches from the back side of said bind-off, and created an i-cord from there: 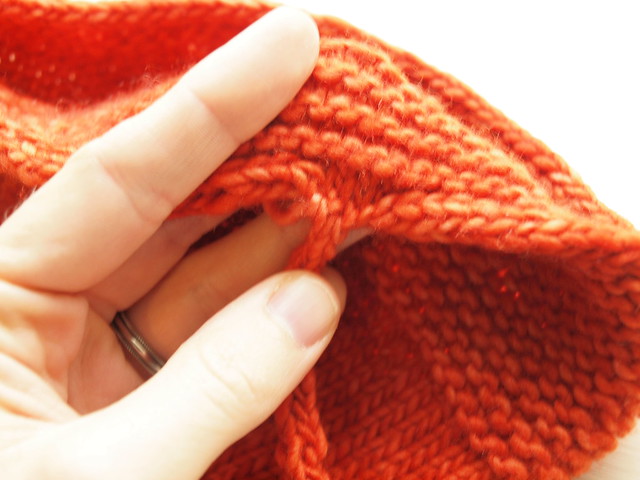 It looks very nice from the right side: 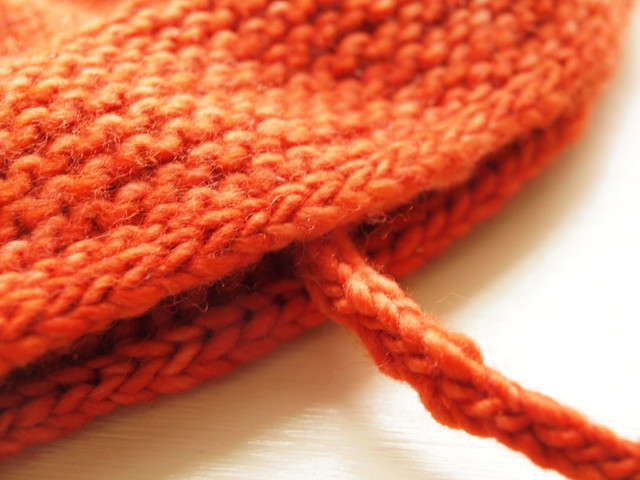 I can’t decide whether I should put instructions in the pattern for adding i-cord chin ties. It’s so easy to do that probably folks can figure it out themselves (after all, I just described how to do it here in this post – I’m not so good at the “keeping things under wraps” part of designing, eh?), and I’m trying to keep the hat and mitten patterns to one page each, though that may be pushing it. 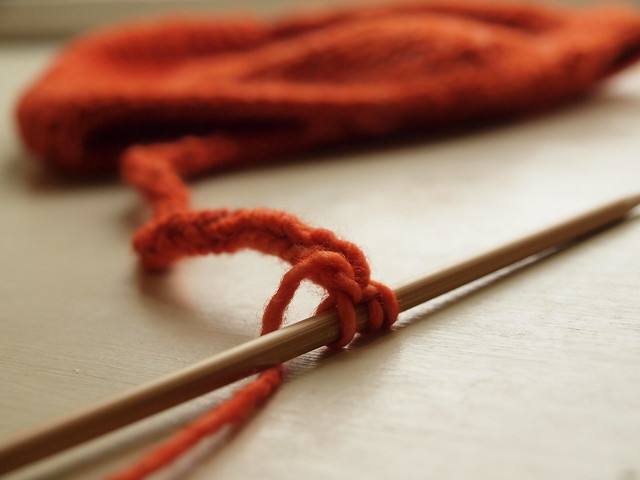 I’m always torn on what warrants a mention in a pattern (or even what merits a pattern at all), because I’m the sort of knitter who likes to figure stuff out and modify things (and is confident in doing so), and so sometimes I see patterns for things that I’m like “who needs a pattern for that??”, but then those patterns sell well, so what do I know? I just don’t know what people look for in patterns, since I’m not a big user of them, myself. My preference as a pattern writer is to be a teacher, and include information about “how to” and “why” whenever possible, but that leads to long patterns, which I know not everyone loves, and which definitely are a no-go when it comes to anything outside of self-publishing.

Anyway, the point of this rambling is to say that, assuming this hat fits little J, I’m just about ready to finalize the pattern for self-publishing. I think. There’s a teeny part of me that wants to knit one up in SHELTER and see if I could publish it through Brooklyn Tweed or something, but…I dunno. What say you all, dear readers?