The day after the Solstice, we took off for Ohio to visit my husband’s family for Christmas. This time, we did a much better job of preparing M for the car trip! We gave her an “Imagination Patterns” set for Solstice, which were a lot of fun for her: 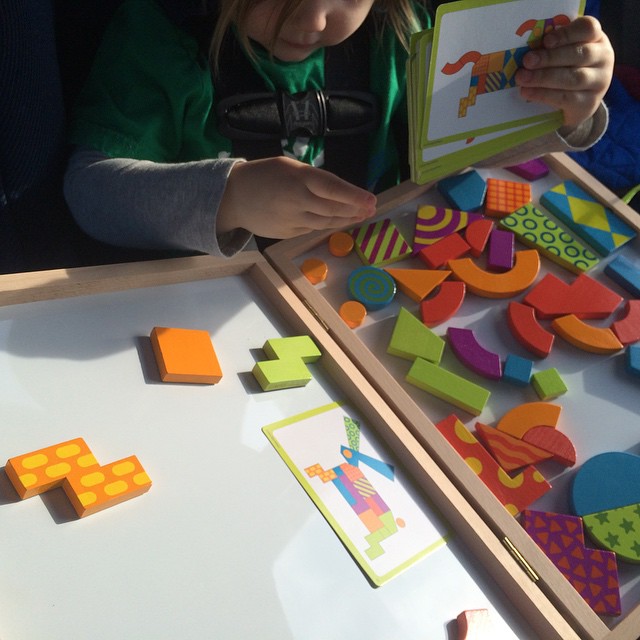 She doesn’t quite get that you’re supposed to make the pictures on the cards using the magnets, but she had fun making her own designs, like this “doghouse”: 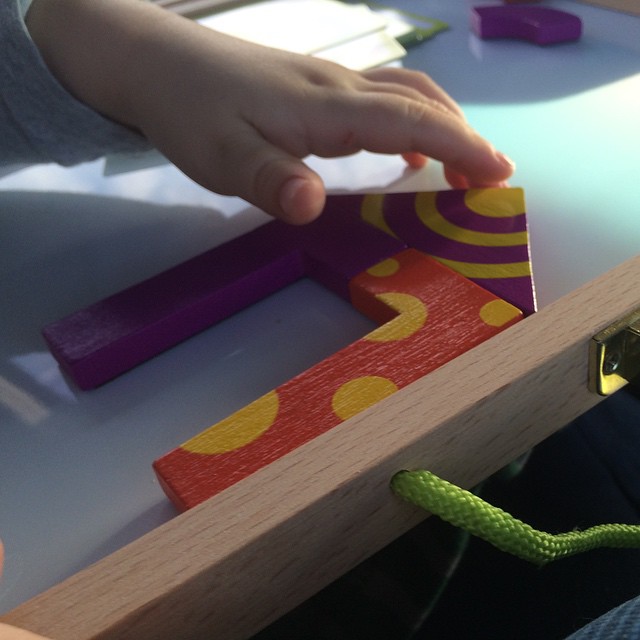 We also did lots of running at every rest stop to help her burn off energy, and the result was a very good car nap: 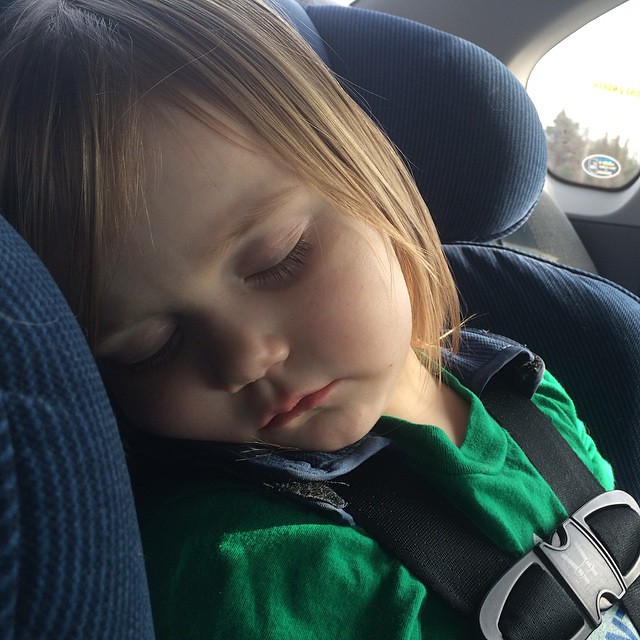 During which time I made good progress on my niece’s mitten: 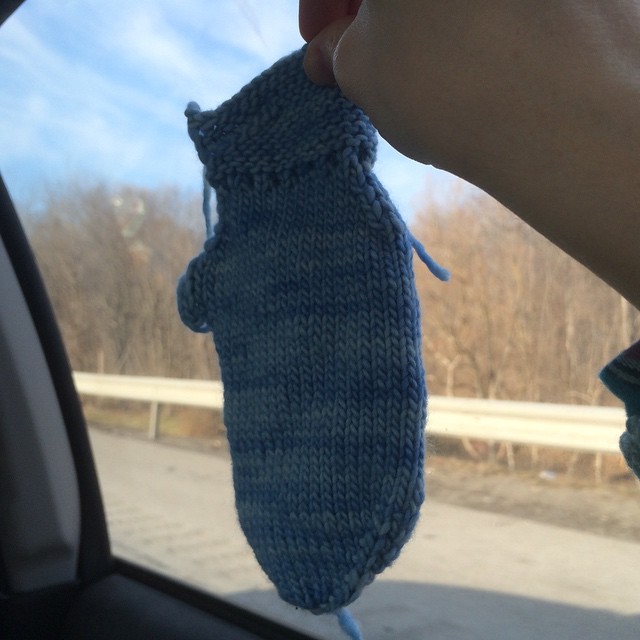 We had a whole bag of activities packed for M (including a cool binder of dry erase pages that I made for her!), but other than the Imagination Patterns, the two things she was most interested in were the Harold and the Purple Crayon videos we put on Andrew’s Nexus 7 tablet… 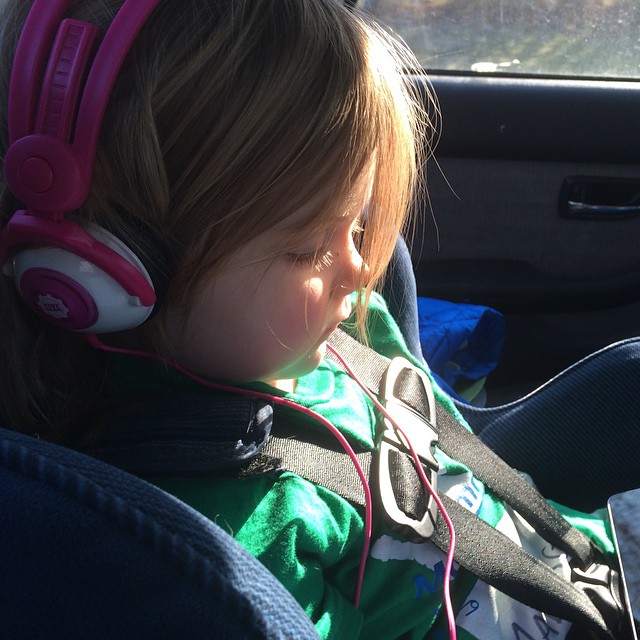 …and the lacing cards (which were actually a gift from a friend for her 2nd birthday): 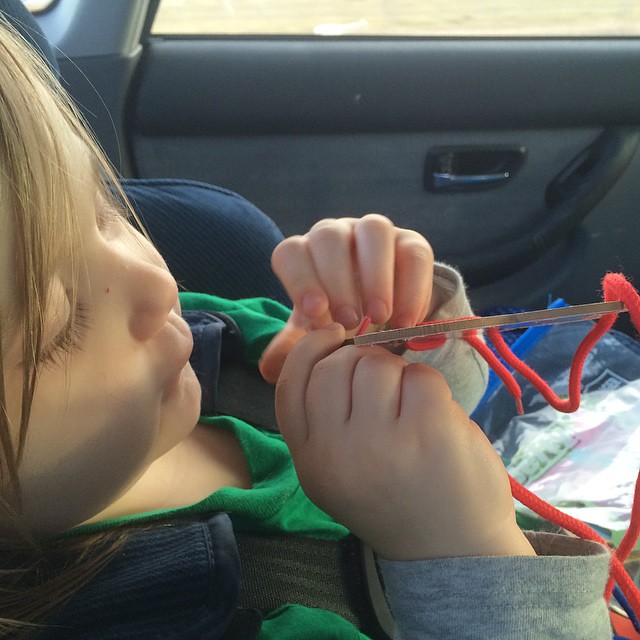 While in Ohio, we celebrated Christmas with my husband’s family, and M got to spend a lot of time with her cousin S (and in this photo, their auntie Xenia, as part of the “purple pants crew”): 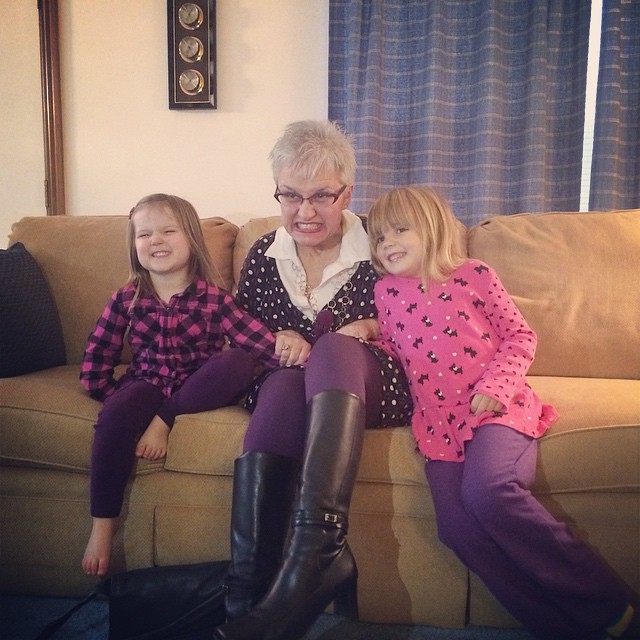 (M and her cousin were inadvertently very color-coordinated, in pink+black tops and purple bottoms!)

I gave S her hat and mitten set, which seemed to fit, and to be well-liked (and gave me a good chance to “test-knit” my own pattern!): 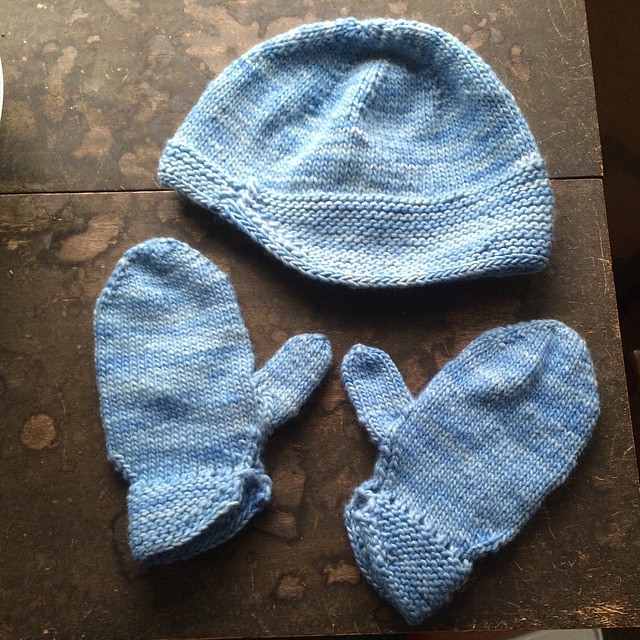 The day after Christmas was strangely warm, so we went to an awesome playground to burn off some energy, and didn’t even need to wear coats! 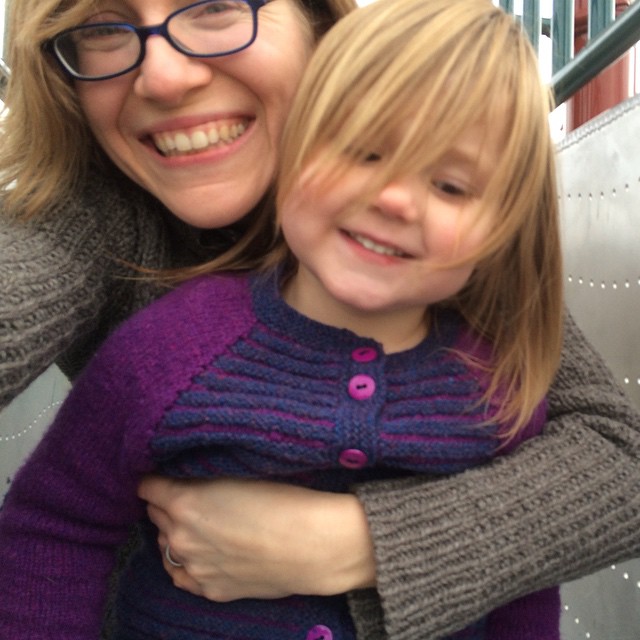 (Ok, so we DID need to wear warm sweaters, but still!)

The next day, we headed up to Minnesota to celebrate New Years with my own family…but I’ll save that for my next post.