This past Wednesday, Madrigal turned three. I can hardly believe that I am the mother of a 3 year old – but at the same time, it seems like a lifetime ago that we brought our little bundle home from the hospital: 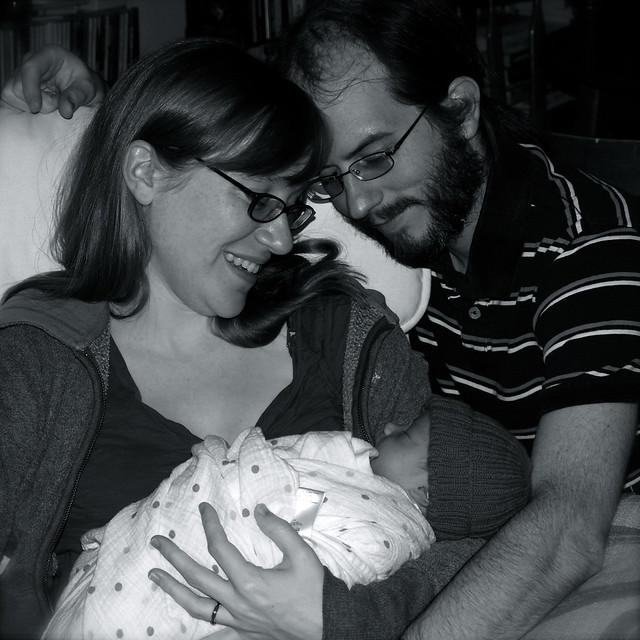 And in some ways, it is – I do feel like my life is so completely and utterly different now, as a mother, than it was before. In my darker moments after M was born, I sometimes felt as though “I” had died the moment she was born…and in some ways, that’s kind of true. The “me” who woke up after my repair surgery was forever changed – but that doesn’t mean it was for the worse. Having a child is undeniably, inescapably life-changing, I think. I am a different person now, but I think the me that’s emerged these last 3 years, after all the fighting for dear life I was doing with PPD and PTSD, is a stronger, more capable, happier, compassionate, more “ME” version of me than I’ve ever been before. And I would not be me right now without my beloved Madrigal. 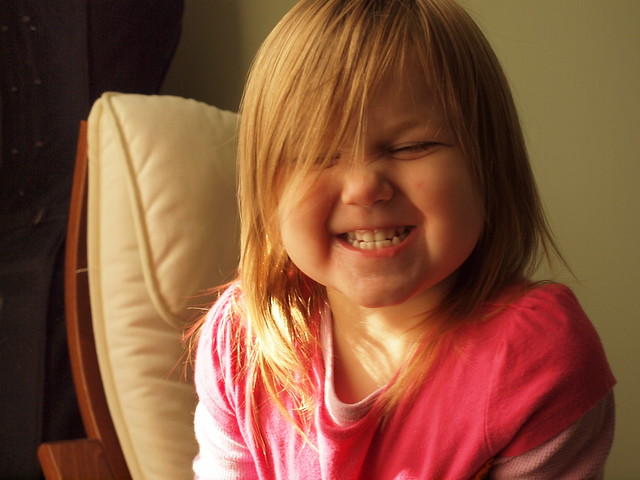 This kid. Such an intense, curious, creative little goofball! She is growing and learning and becoming the most incredible little person. It is such a privilege to be part of her life. 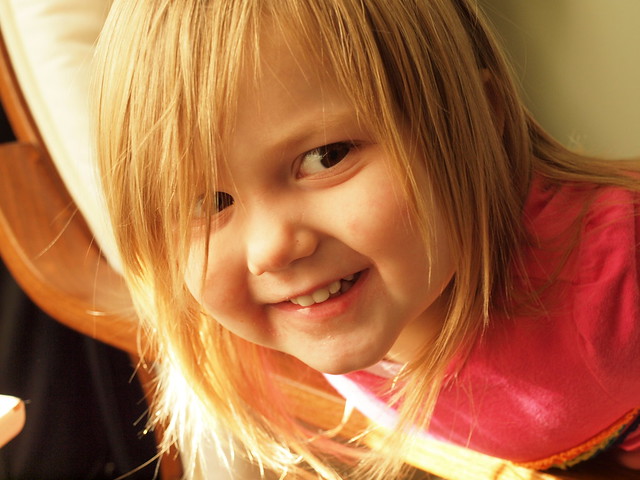 Those beautiful brown eyes! I never imagined I’d have a brown-eyed child, given that my eyes are so light (and A’s aren’t brown, either – they’re hazel), but I just can’t get enough of hers. She’s still got those baby cheeks, but she’s looking so grown-up, too.

For her birthdays (and for our Equinox and Solstice celebrations) we follow a “Something to do, something to wear, something to read” system. To do, she received a snow shovel (a RED one, just like she requested) along with some child-sized kitchen tools (because this Montessori kid LOVES her Practical Life activities!). To wear, we gave her a new pair of snowpants and a new winter coat. And to read, we gave her a set of National Geographic books filled with facts about animals, dinosaurs, and the answers to “Why?” questions, because she loves learning about the world. (The facts, however, are a bit iffy. Dear National Geographic, humans are NOT carnivores. Seriously, how on earth did that make it past the fact-checkers??)

She LOVED her snowpants and her kitchen tools: 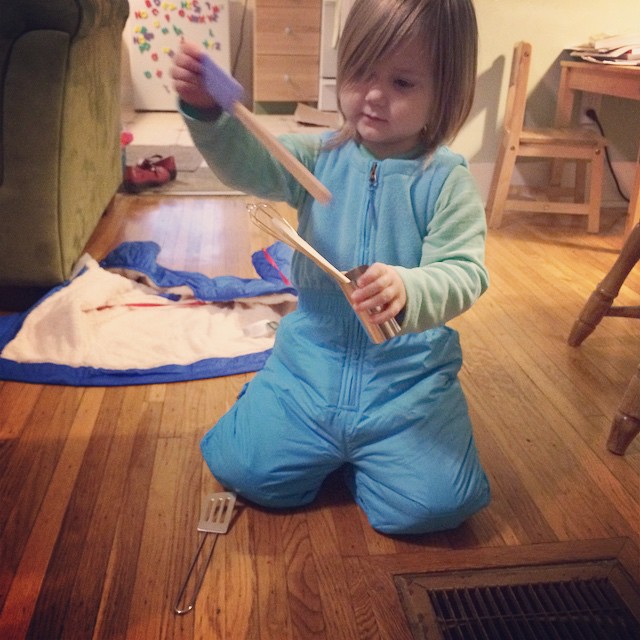 She even made us orange juice with her new juicer/shredder tool: 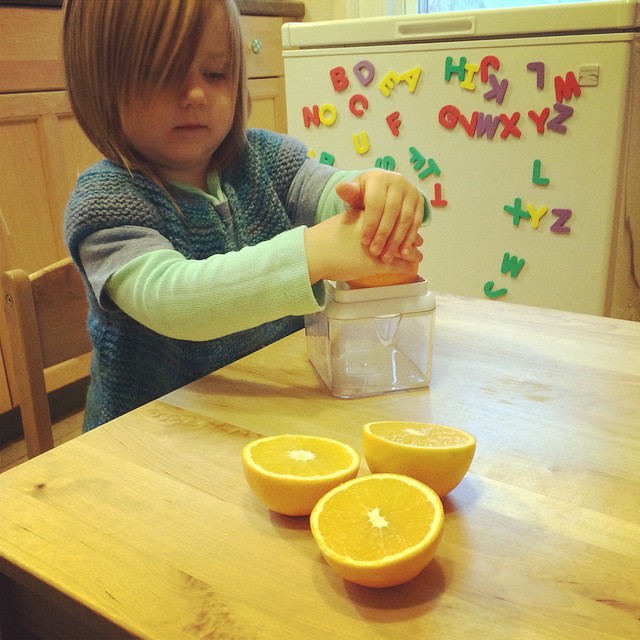 And later in the day, she helped to make her “birthday cake”, which was actually a set of miniature pumpkin pies (homemade crusts and all!). We put 3 candles on one of them and sang her the “Happy Birthday” song: 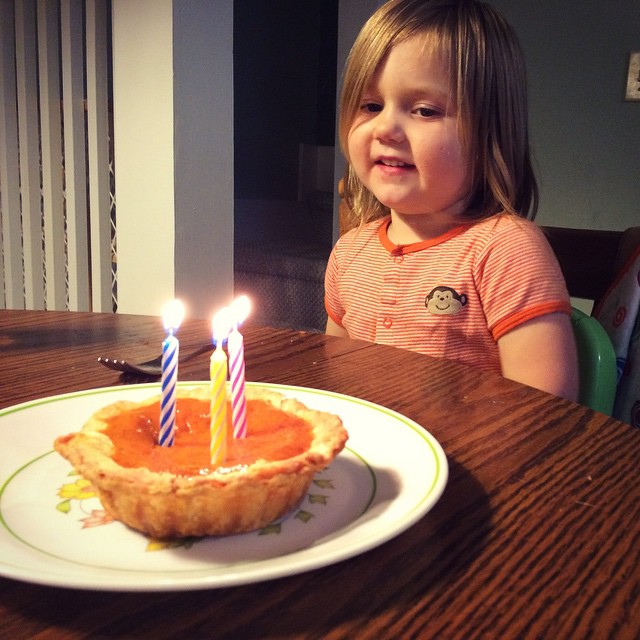 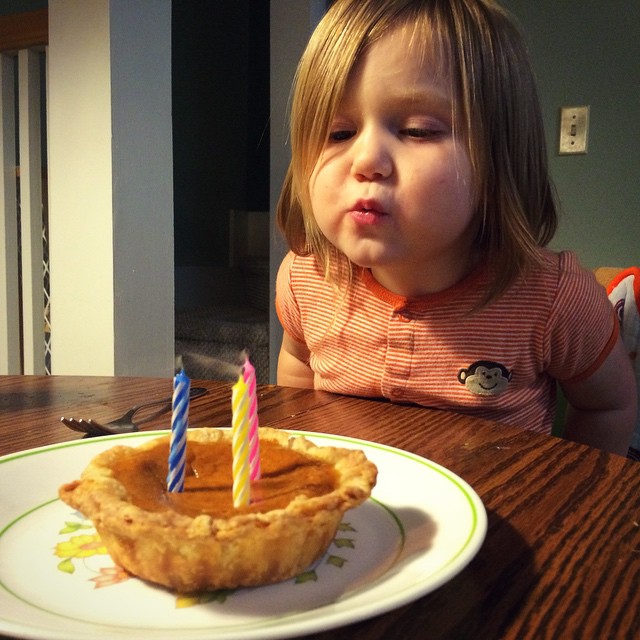 The pie, by the way, was totally delicious. 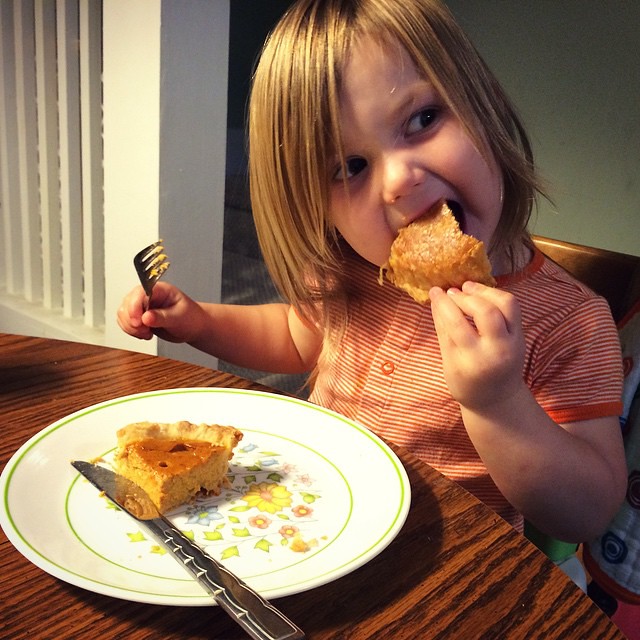 So, I now have a three year old. Wow. Happy birthday, sweet baby!

This was taken a couple weeks before her birthday, but I feel like since I started this post with our first “family” photo, I should end it with our most recent one: 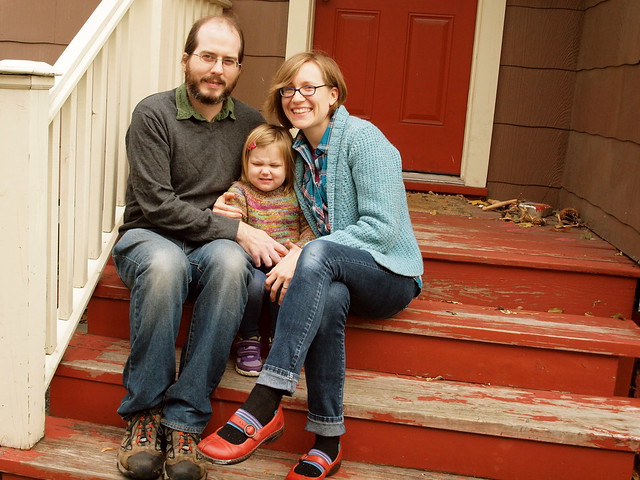 Two out of three members of our family are smiling, so we’ll call it a win :)