I said I had some great “real camera” photos from Rhinebeck to share…so here’s M in Elle Melle and her new red hat at Rhinebeck: 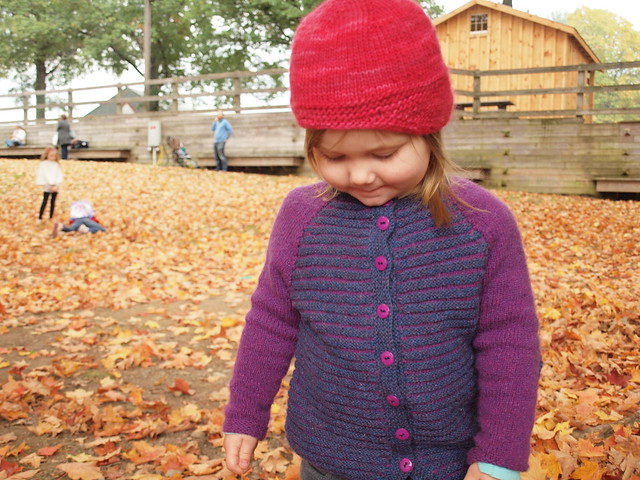 We always try to take photos on the wooden benches on the hill, usually right before the Ravelry meetup at noon. This year was no exception, though SOMEBODY was not feeling especially cooperative… 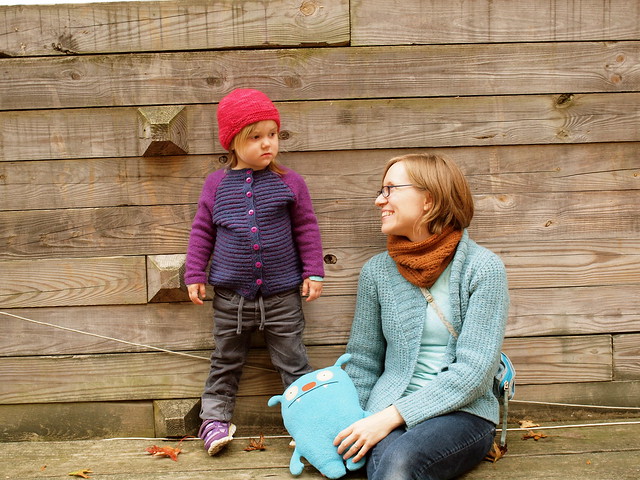 We did manage to get ONE shot of just M and her monster, though: 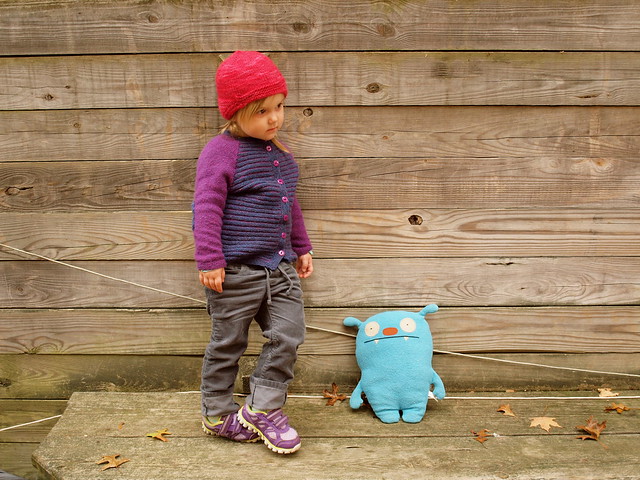 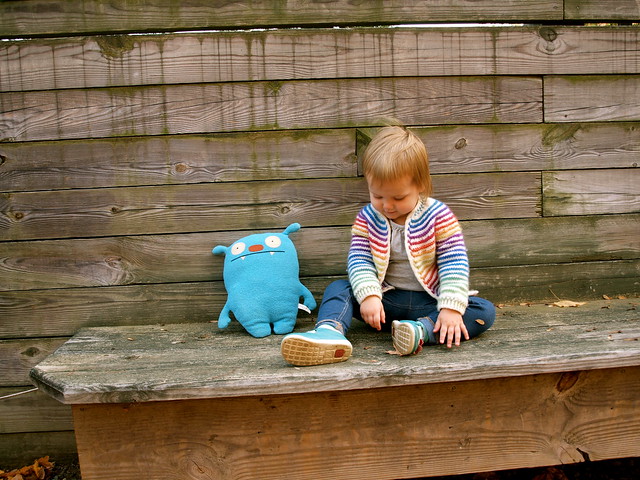 (And to think I thought her hair was “long” last year! She was such a baldie up until recently.)

After the bench photos, M ran down the hill (away from the Ravelry meetup, which I never got to actually visit as a result) to play in the piles of leaves (and get closer to that pan-flute music that she loves so much). I got some amazing (to me, at least!) photos of her in Elle Melle and her new red hat, one of which was at the top of this post. Here are some more: 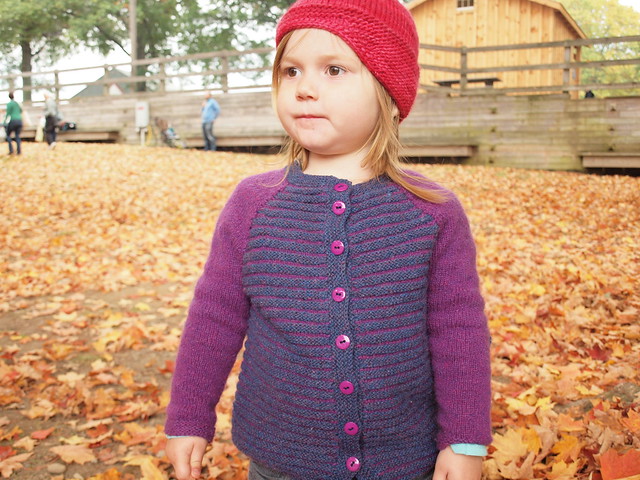 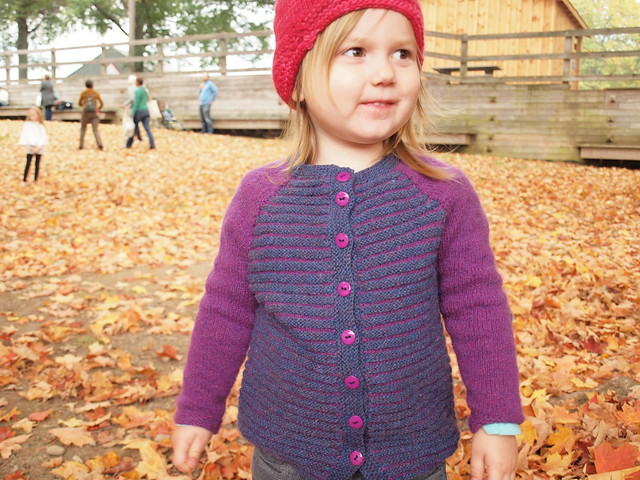 Checking out the pan-flute band 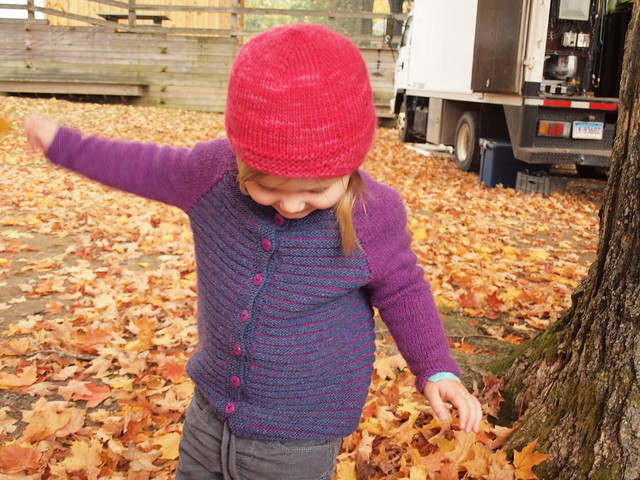 Dancing to those rockin’ pan-flute tunes :) 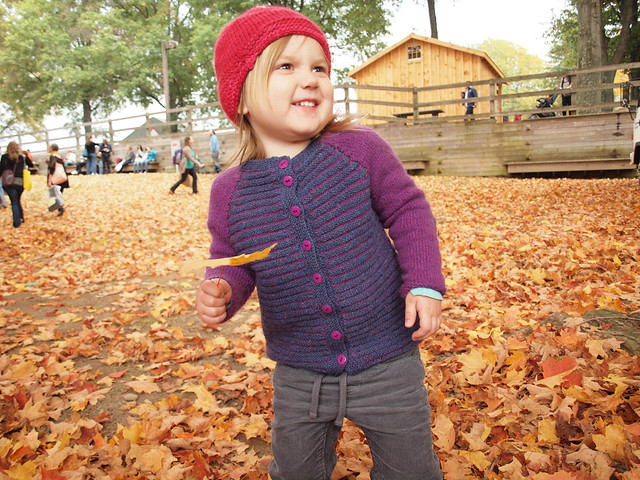 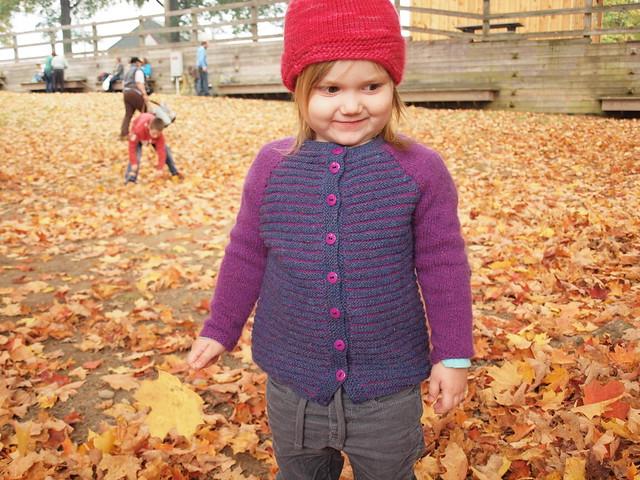 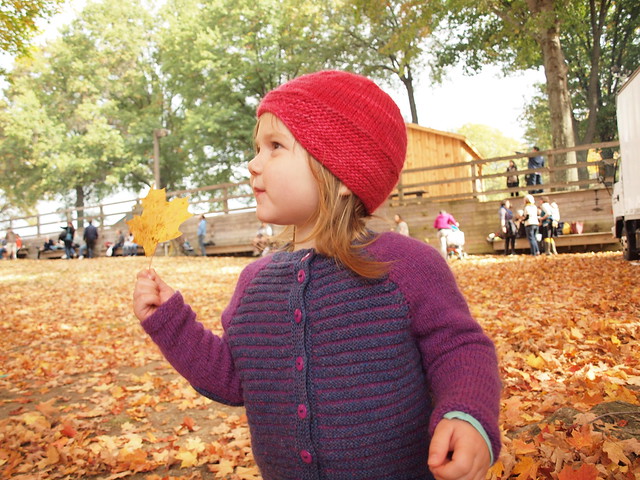 A girl and her leaf 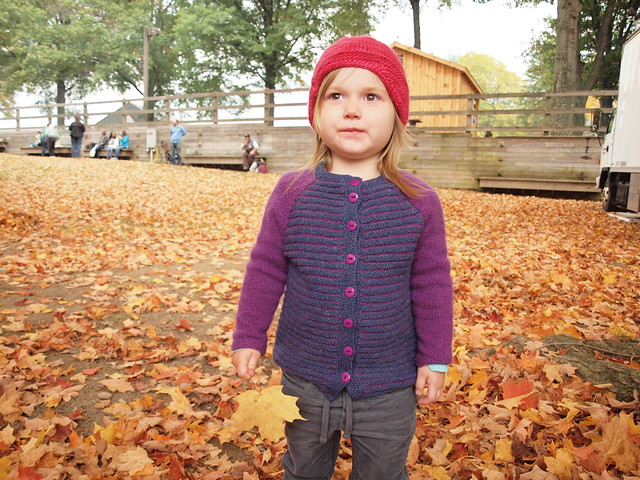 She really didn’t want to put that leaf down

I know, I know – so many photos of the same kid in the same knitwear, but I can’t help it, she’s so cute in all of them!! I’m so glad I knit Elle Melle for her – it looks PERFECT on her. The combination of purples from Beaverslide worked out so nicely, too. For anyone who is wondering, the colors are “Mountain Lupine” (the darker blue-purple) and “Wild Geranium Heather” (the brighter purple), and I used less than one skein each in their 2-ply sport/sock weight, and I knit M a size 4 cardigan with a few minor mods (just added short rows to raise/shape the back neckline, and contrasting elbow patches).

I’m still plotting a grown-up Elle Melle for me – and another Elle Melle in a larger size for M to grow into. It’s such a great sweater!