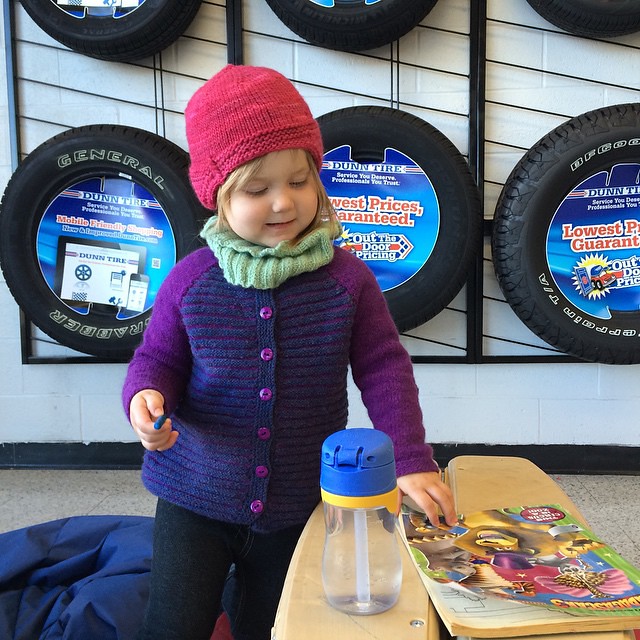 I love that M is so excited to wear the things I knit for her! I know that won’t always be true, so I’m soaking it up while I can. When we went to have our tires rotated on Sunday morning, she wore Elle Melle, her new hat, and the cowl I originally knit for my mom that M stole from her last winter.

She kept the sweater on later in the day, when we went out seeking Halloween supplies for her. She’s decided that she wants to be “super kitty”, which is a totally made up thing (fine by me!), and apparently Super Kitty has kitty ears and a purple cape with red on it, so we went looking for purple and red fleece (I ain’t hemming this cape, so fleece is the ticket!) and found these adorable clip-on cat ears: 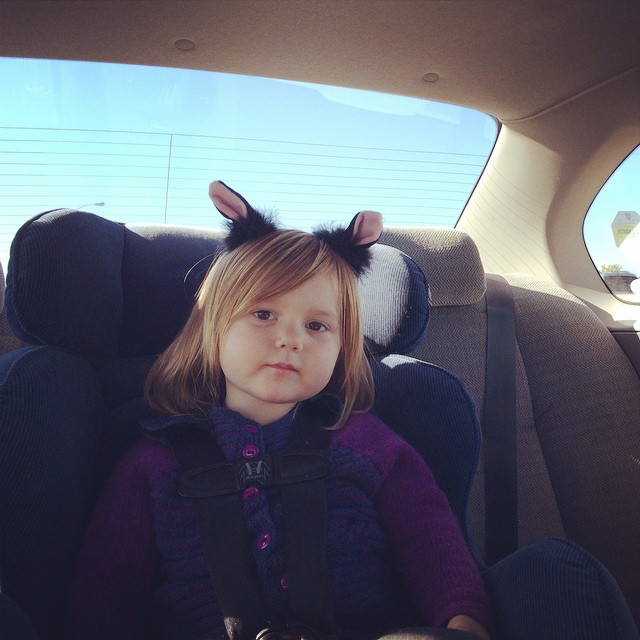 (I actually think they look kinda like Eeyore’s ears, but whatever…they’re cat ears for now, at least!)