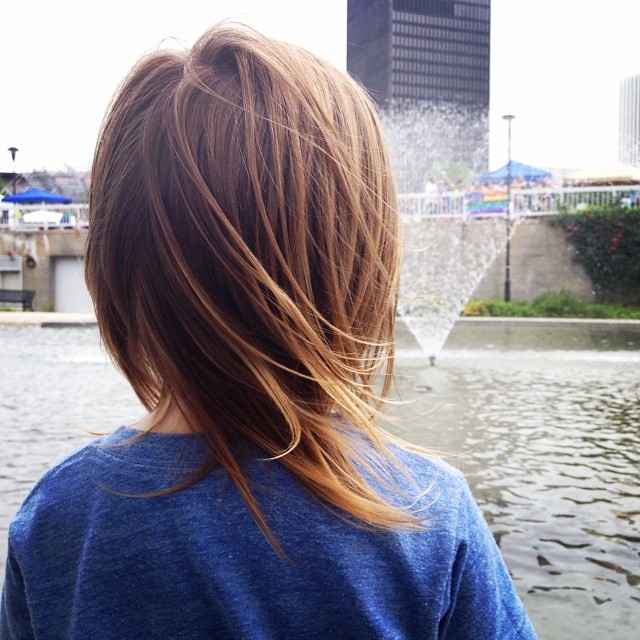 Our little family marched in the Pride Parade this afternoon with a group from our university. It was great! M did amazingly well, we had fun with our friends, and it was good to be there as allies. (Well, not JUST allies – I mean, I do identify as bi, but being happily married to a dude it’s kind of not that relevant to my everyday life.) It was raining a bit during the parade so I wasn’t able to get any pictures (didn’t want my phone getting wet), but I snapped this one of M enjoying the fountains downtown at the end of the parade route and at least there’s one tiny rainbow flag in the background for us to remember the day by.

It was a busy day – in the morning we went to a friend’s 3rd birthday party at Lollypop Farm (our Humane Society, which really is a farm – they rescue farm animals too). It was really great to see some families there who I hadn’t seen before; the birthday’s mama and I had met through a mothers group and really hit it off, but then I wasn’t ever able to go to the group’s events once I got back to teaching, so I had lost touch with some of the other mamas and their kids. We gave the birthday girl a couple of stuffed dinosaurs (she LOVES dinosaurs) and she proceeded to carry them by their necks around the entire rest of the party…I think she liked them :)