I’ve actually got TWO new Mitered Crosses Squares to share with y’all! I bound off and then wove in the ends of Square Number Five in the car on the way to Ohio a couple of weeks ago and finally took a photo of it this morning: 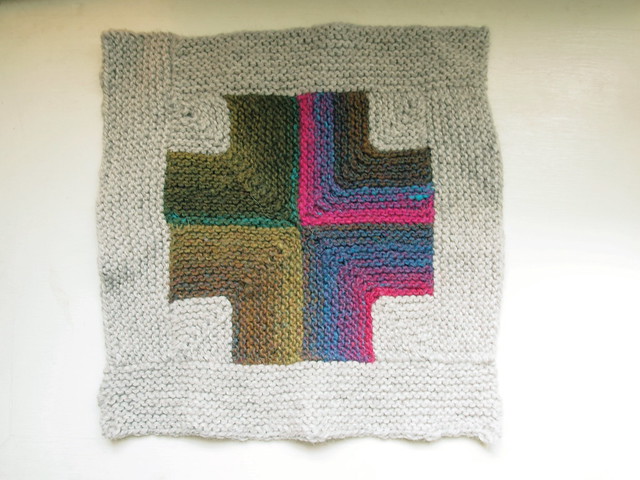 Love those little pops of hot pink! M saw me weaving in the ends (I was her backseat companion for the trip, which meant being scrunched up next to her carseat since that’s in the center seat – not the most comfy spot in the world for 7+ hours of driving!), and she asked what I was knitting. I told her it was part of a blanket. She asked, “A blanket for Maddy?” and I said, “Would you like it to be?”, and she said “Oh, YES!”. So…I think I know who the recipient of the Mitered Crosses Blanket will be :) (I’d always been open to giving it to her but would’ve been fine with her not wanting it, too.)

I cast on for and knit most of square number 6 in the car and around and about in Columbus during our visit, finishing it this past weekend. M is learning to use scissors, and she thought it was the BEST THING EVER that I let her use the little scissors from my Knit Kit to cut the yarn at each color change. She did a really good job! It drove her crazy once I got to the log cabin section, though, since you don’t break the yarn at all there. She kept asking “Maddy’s turn to cut?”. Aw. Nope. 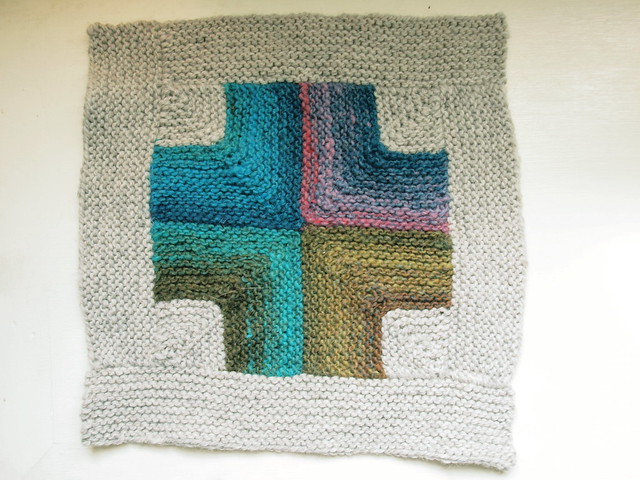 Square Number Six is probably the most subdued square so far. And with it, I’m now halfway done knitting squares for the blanket! I already cast on for Square Number Seven: 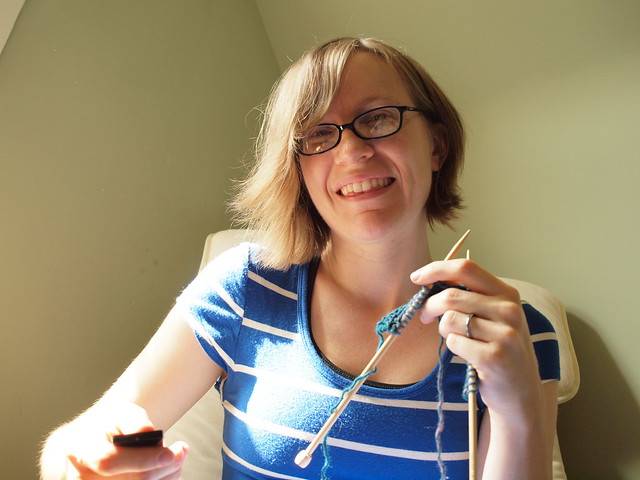 Maybe the blanket can be one of M’s birthday presents :)