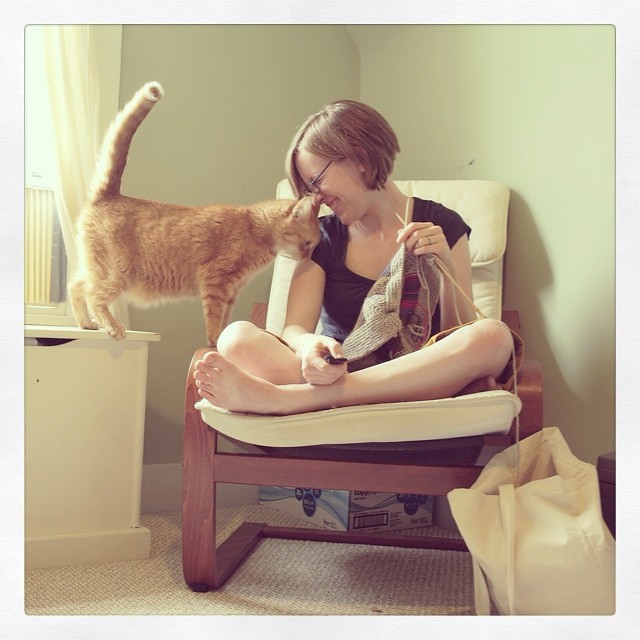 I sent off the registration copy of my dissertation this morning, so thought I’d sit in the comfy chair and knit while blasting First Aid Kit’s new album that’s streaming on NPR First Listen, because I have apparently magically become an obsessive superfan of theirs in the past week (having not heard of them until said streaming link was posted last week).

But a certain kitty had other ideas. I thought he was just going to keep trying to sit in my lap, which is only mildly annoying, but it turns out when I shooed him away from my knitting bag earlier just before I took this photo, he had been busy chewing up my needles :( 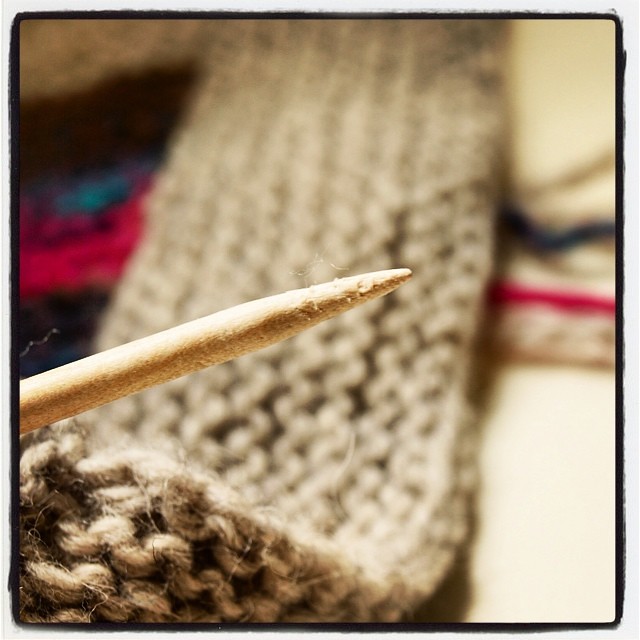 I might be able to sand them? I don’t know. I can’t really knit with them now – they catch on the yarn terribly. Bad kitty!