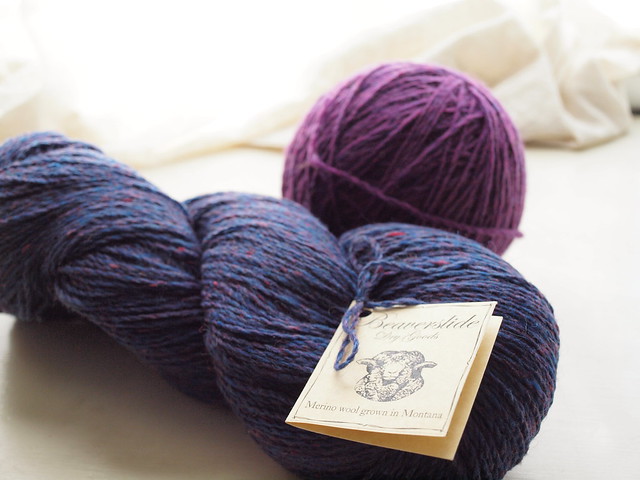 My “things to make” list is getting out ahead of me, I’m afraid, because I’m also plotting some sweaters in my beloved Beaverslide yarn. The first is an Elle Melle for M in the two colors of the 2-ply Sport/Sock weight yarn above. I was cleaning out my Ravelry queue awhile back (on one of the days this year when I’ve been too sick to do anything useful), and this pattern caught my eye. I can’t remember when I added it to my queue, but there it was, and I thought it’d be so cute on M, and perfect for the Beaverslide yarn I already had in my stash. So that’s definitely going to happen!

I also plan to reknit my somewhat-too-beloved Vahtralehed. I wore the poor cardigan literally to pieces, patched it, wore through it again, and again… 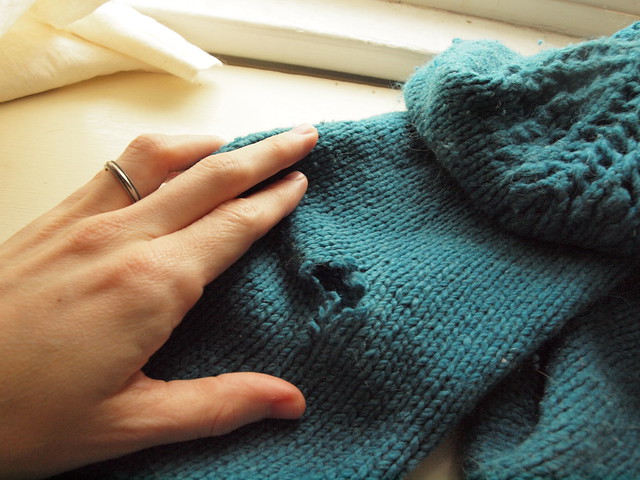 …until finally no amount of patching would hold the poor sleeve together. I had originally planned to reknit it in a silvery grey Beaverslide Worsted yarn that I had in my stash, but realized that while a grey Vahtralehed would be lovely (and worth knitting someday), I really missed that deep teal color in my wardrobe this winter. Of course, the colorway I originally knit the sweater in was a special edition one called “Clearwater”, but the “Lake Josephine” color that I knit M’s mini-Vahtralehed in was pretty close, so I ordered some more of that: 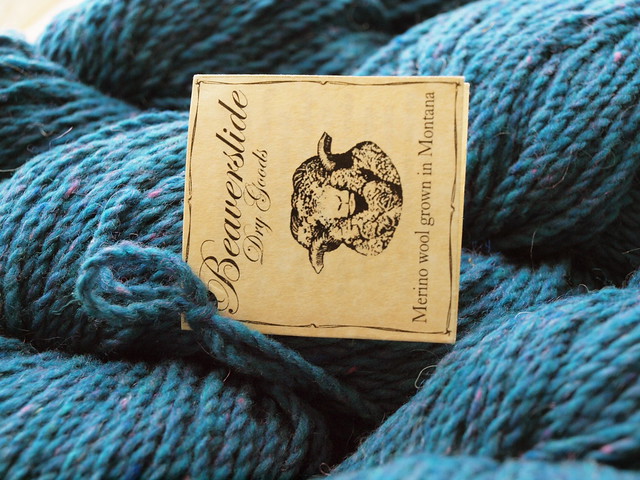 I still have more of the Sport/Sock weight yarn that I used for M’s mini-Vahtralehed, and I’d love to knit her a toddler-sized version. I still have this half-baked plan of releasing a little e-book of matched patterns for mama+baby/kid, and Vahtralehed is one I’d obviously include in that, if it ever happens! There’s also the mini Garter Rib cardigan, and of course babyStripes! (I still intend to knit myself a grown-up sized cardigan version), and the garter yoked pullover I just knit for M, and a toddler tunic inspired by my Sullivan pattern for Brooklyn Tweed…gosh, if I could just be two people instead of just one little me, I could totally write a pattern book AND finish a dissertation this summer, eh?