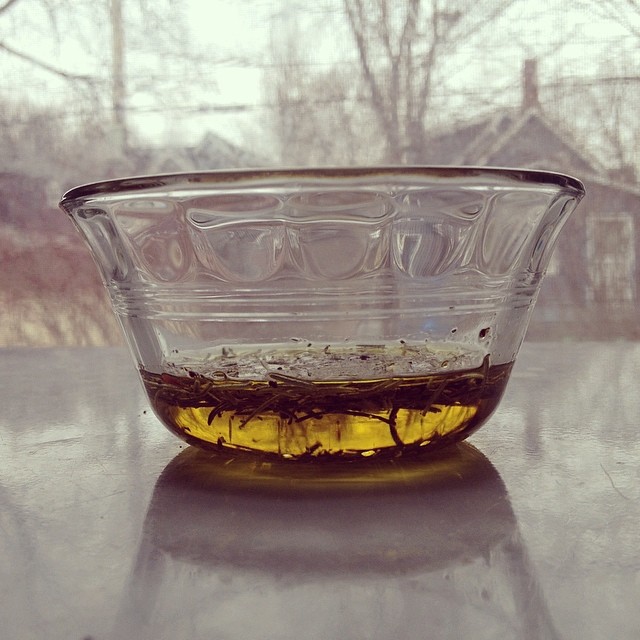 Rosemary and some other herbs marinating in olive oil, to be used in the olive oil dough I made on Saturday (basically following the recipe in Artisan Bread in 5 Minutes a Day, just adding herbs). We baked two loaves of it on Sunday morning, one to freeze for later and one to eat with our soup that night.

I also cast on for a new project on Saturday: 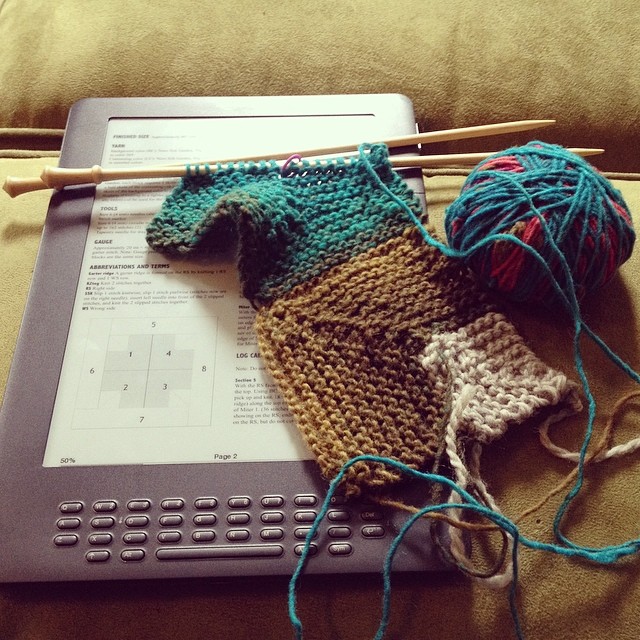 A Mitered Crosses Blanket, which I’m pretty darned excited about. I decided to bail on the bright green blanket I was knitting for M, because I’m realizing blankets-in-the-round just aren’t for me – the ridiculously long rounds just got mindblowingly tedious after awhile. Plus I’d noticed some mistakes way back, and I knew they’d be obvious after I blocked it, and I just…nope. Don’t wanna knit it again. I’ll find something else to do with the yarn. A modular blanket project is more my style, and garter stitch is my friend lately.