I finished M’s sweater not terribly long after my last post – but these last few weeks ended up being pretty terrible, and included not one, but two separate trips to the hospital for me after succumbing to one of M’s stomach bugs, and then another a little over a week later. That, and then a crazy blizzard, has meant that I’ve been playing catch up with work so much that I’ve not had time to play catch-up on the blog. But I’m taking a little break to share some pictures of the finished sweater: 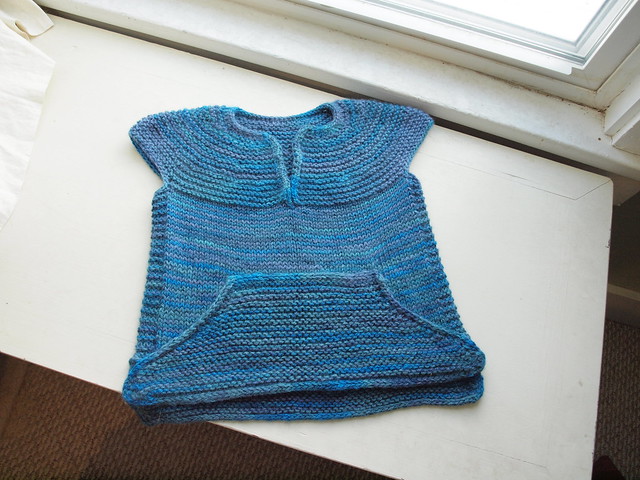 I’m still a tiny bit sad that I didn’t have enough yarn to knit a long sleeved pullover for her, but it looks so great as a cap-sleeved pullover that I’m ok with it – and it was great to test out that version of the pattern (yes, I’m going to write up a pattern for this, with both a cap-sleeve and a long-sleeve option!).

The cap-sleeves were created using an i-cord bindoff on the held stitches from the yoke: 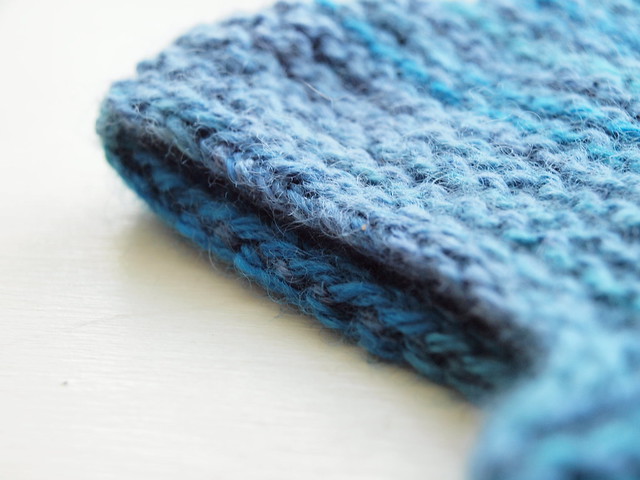 I’m madly in love with the kangaroo-pocket, which I edged in i-cord: 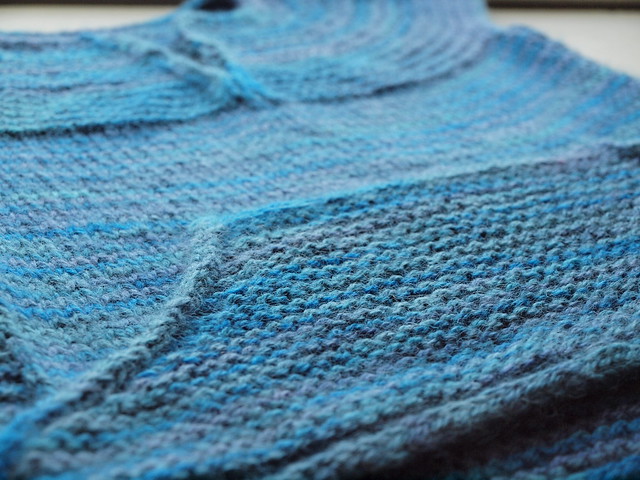 The pullover has garter-stitch side panels, just like the Cobblestone sweater that inspired it: 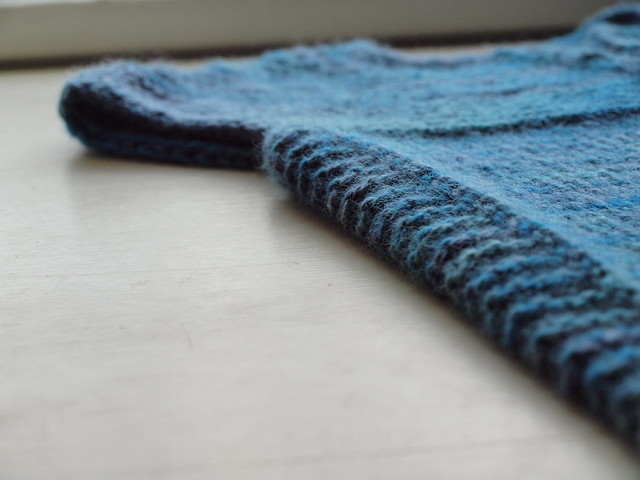 And I can’t help but share some cute pics I snapped when M crept up behind me (having stolen my robot USB hub off my desk) while I was taking pictures of the sweater: 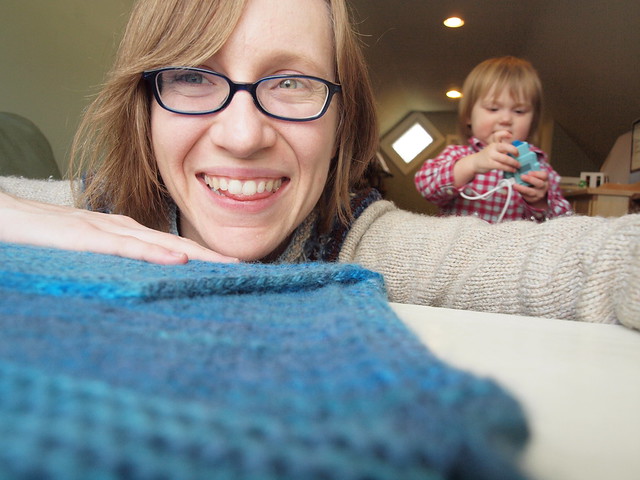 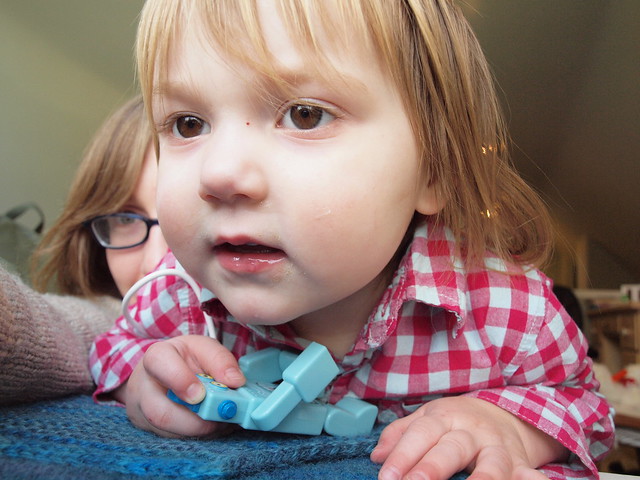 Here she is, modeling the sweater while eating fruitsnacks. Well, it’s as close to “modeling” as one can get from a 2 year old! 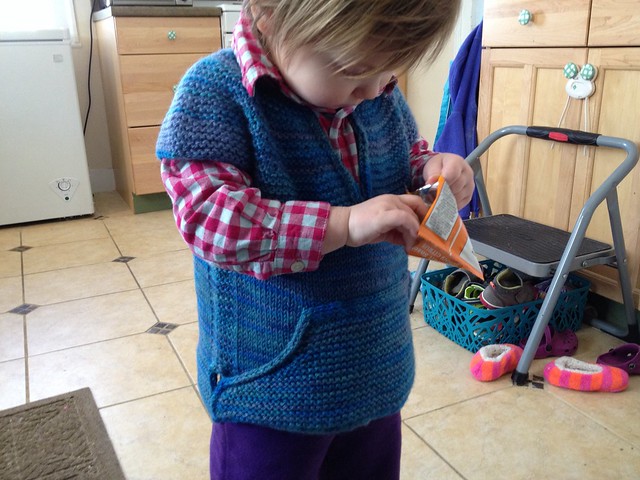 And of course I had to take pictures of us wearing our almost-matching sweaters: 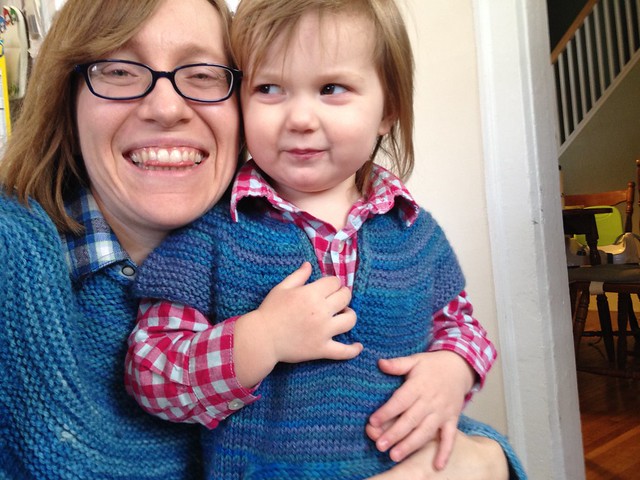 We make a cute pair, no? 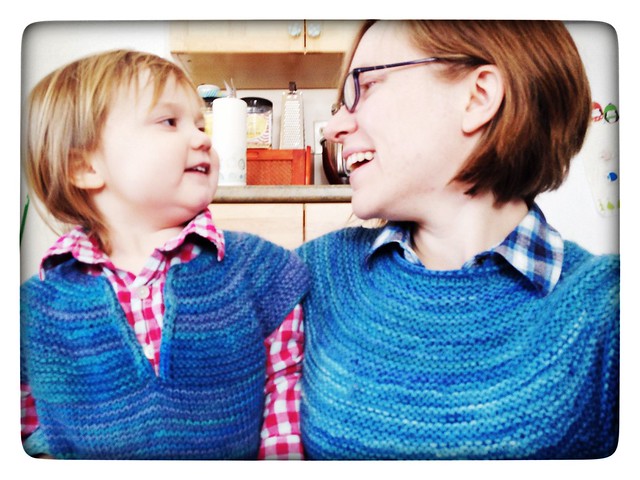 One of these days, I’d love to get modeled shots using my REAL camera, and not just my phone, but when it comes to getting pictures of M, I take what I can get!