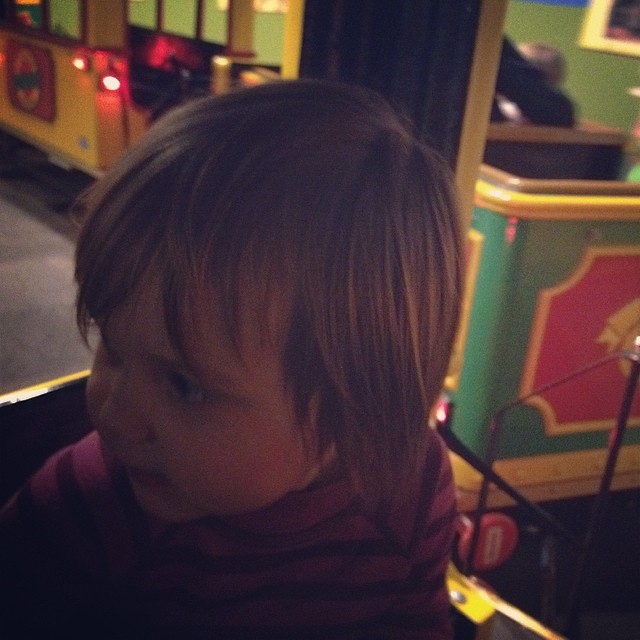 Fridays are my day to pick M up from school at 3, and she’s been talking about trains all week, so I asked her if she wanted to go to the Museum of Play (which she adorably pronounces like “zeemapay”), where (among many other things) they have a really big train play area that includes a train that you can pay $1 to ride on (we actually still have a voucher from the membership my parents bought us, so we paid $0!). She clung to me very fearfully on the first lap around the loop, but enjoyed herself after that. Afterwards, she had a blast playing with the giant collection of wooden trains/tracks: 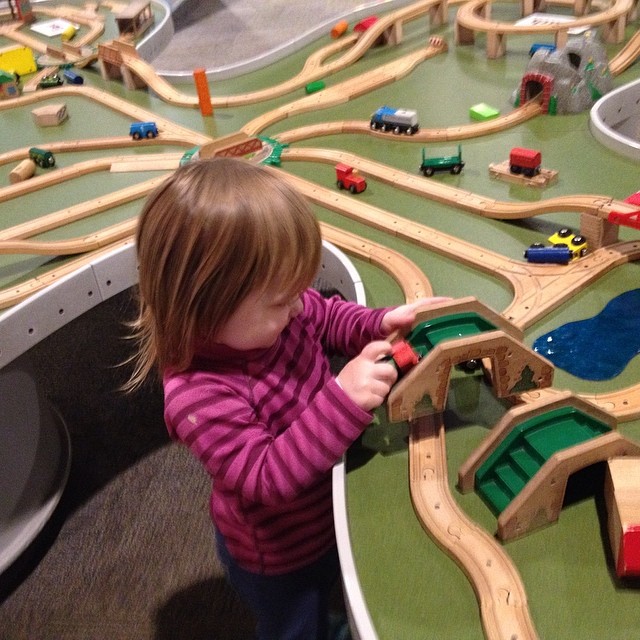 This week has been a week. Lots of frustrating crap involving my TA for this semester. Plus I didn’t manage to stay on top of things well enough, so I’m going to end up working some this weekend despite my efforts. And my back/left leg is acting up again, and fneh. 2014, I’m just not a fan…you’d best turn around soon. Maybe in time for my birthday?